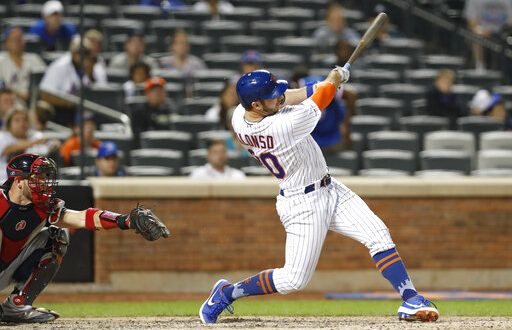 New York Mets first baseman Pete Alonso has been one of the few bright spots in what has been an underwhelming season for the team so far. In recognition of his strong rookie season, Alonso is heading to the MLB All-Star Game.

A Gator in the Majors

Alonso is just three years removed from guiding the Florida Gator baseball team to the 2016 College World Series. He led the team in batting average and home runs as the Gators would lose to Texas Tech and eventual champions Coastal Carolina.

His 28 home runs has made him one of the most feared hitters in the game.

The Mets drafted Alonso in the second round of the 2016 MLB draft. After impressing early in the minor leagues, he was named their fourth-best prospect going into the 2018 season. He would go on to represent the Mets in the All-Star Futures Game later that year.

He made the 2019 Opening Day roster as the Mets starting first baseman. Fans did not have to wait long for Alonso to flash his trademark power in the majors. He homered just days after his debut, in his fourth game against the Miami Marlins.

Alonso became the first player in MLB history to have at least 11 extra-base hits in his first ten games. In April, the MLB named him National League Rookie of the Month.

Alonso has been a persistent power threat for New York all season. He broke the NL record for most home runs by a rookie before the All-Star Break, and he currently holds the Mets single-season rookie record for home runs. Not surprisingly, he will be competing in the Home Run Derby on July 8.

Alonso is the fourth Met ever to make the All-Star Game as a rookie, and here is what he had to say about it:

Pete Alonso is currently hitting .278 with 28 homers, second-most in the league, and 64 RBIs for the Mets this season.

I'm a senior journalism student at Florida. I love sports, and I love covering sports. I'm one of the beat writers for the Gator soccer team right now, and if you follow me on Twitter @johnmiceli13 you'll never miss a soccer update
Previous Durant and Irving Team Up in Brooklyn Headlines NBA Free Agency Day 1
Next Gators Athletics Finishes No. 3 in the Learfield IMG College Directors Cup