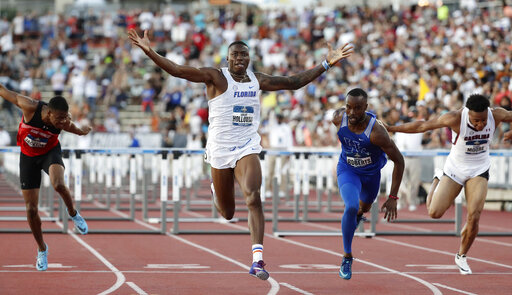 All University of Florida sports lay dormant for these scorching summer months, but the Gators are still making waves in the sports world.

We're the No. 3 program in the country for 2018-19!
We're also the ONLY program to rank in the top 10 in the last 36 national all-sports rankings.#GoGators @LDirectorsCup.
More: https://t.co/h5AbD1ir26 pic.twitter.com/7bjnjcohhV

Cut Above the Rest

Florida’s consistent appearance on the list is well deserved. Gator athletics now holds a streak of 11-straight seasons with a national title. The men’s track and field team won the indoor national championship this year, extending the impressive string of championship runs for Florida. Florida is only the third Division I program to hold such a streak.

How Florida was Stacked Up

Rankings for the Learfield IMG College Director’s Cup are decided by a points system. This means the more successful an athletic team for a school is, the more points a school will get. Sports are divided into three categories: fall, winter and spring sports.

Winning a national championship in either the fall, winter or spring will earn an athletic team 100 points in the rankings. Bowl wins and appearances in tournaments also help teams garner points for their athletic organizations. Top-25 finishes have a floor of 49 points and a ceiling of 100 as the rankings go up.

Florida turned it on late in the year to take third. Florida earned 196 points in the fall, 413.75 points in the winter and 547 points in the spring. An indoor championship by the men’s track team, along with the success of baseball, softball, tennis and golf, allowed Florida to surge to the near-top of the leaderboard.

Do It Again Next Year

Florida will look to build off of this success as it moves into the fall. Another successful year by Gators athletics may see Florida move even higher in the rankings come 2020.