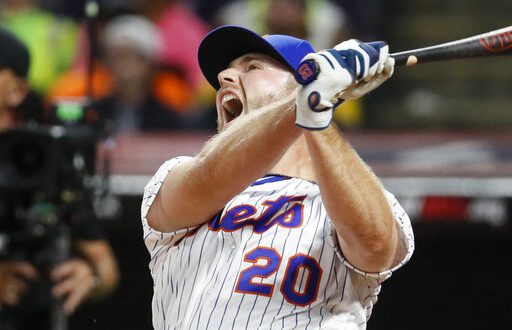 Home Runs at a Record Pace in MLB

The number of home runs hit this season is the big talk going around Major League Baseball. Just by looking at these stats, you can see why home runs are the talk in the league.

Christian Yelich is on pace for 60 home runs, even though he has missed multiple games this season. If he continues on this pace, he will become only the sixth player to hit 60 home runs in a season. He will join Barry Bonds, Sammy Sosa, Mark McGwire, Roger Maris, and Babe Ruth.

Mets rookie Pete Alonso is second with 27 home runs and has a chance to challenge Aaron Judge’s rookie record of 52 home runs in a season.

Starting the beginning this week, 22 players had at least 19 home runs, which is on pace to hit 40. That would break the MLB record of 17 players from 1996.

Obviously, with all these numbers, there is another side that is struggling this year as well. The number of home runs teams are giving up are astounding.

The Baltimore Orioles are on pace to give up a total of 324 home runs. That is enough to give up 36 home runs to each spot in the lineup. Last year, Nolan Arenado led the NL with 38 home runs.

Texas Rangers Drew Smyly gave up 19 home runs in only 51 1/2 innings before he was released last week. His rate of 3.33 home runs per 9 innings is the worst ever for a minimum of 50 innings. Consider this, though:

Effect of the Long Ball

The overall runs scored per game continue within historical norms at 4.78 per game, the most since 2007. Although, because of the number of home runs hit, it has reduced the number of singles and stolen bases. The more home runs are sent out of the park, the louder the fans cheer.