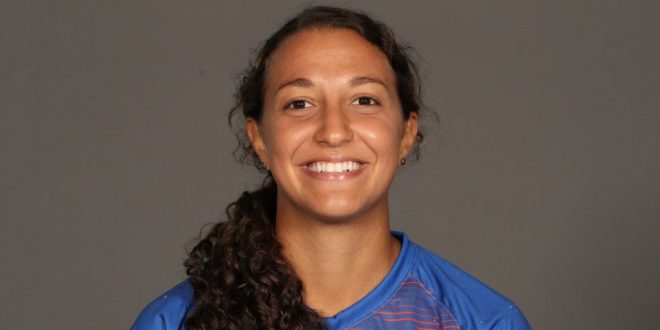 Gators soccer entered a stage of reconstruction after a 2018 season filled with injuries, departing seniors and average results. Coach Becky Burleigh kept her head high bringing in 10 freshmen and two experienced transfers who would fit the team’s culture and improve the quality all around.

Senior Vanessa Kara, a transfer from Drexel University, has shown her quality earning SEC Offensive Player of the Week award.

Surprisingly, Kara’s freshman year was her best year on the pitch at a collegiate level. She started all 18 matches and broke Drexel’s single season goals (11) and points (25) records. As a result, Kara was awarded Colonial Athletic Association’s Rookie of the Year.

She scored 11 goals during her sophomore and junior seasons before redshirting in 2018 following a knee injury. She departed Drexel after earning a bachelors in Civil Engineering. Kara will stay on Drexel’s record books for a while as second top-scorer (22), and third in career points (55) and assists (11).

Kara was able to find the back of the net on Sept. 12 against FGCU for the first time playing for Florida after six scoreless matches. She didn’t score once, but twice earning four points on the night.

“It’s been a dream come true,” said Kara after the match. “Honestly, I’ve always wanted to play in a big-time program… and to be here on a team with coach Becky who cares so much about character development, that just really alligns with who I am.”

Fast forward three days and she would strike again, this time against in-state rival foe UM. The Gators went on to win their last non-conference match 3-0.

“Finding the back of the net as a forward is nice, I’ll admit that,” said Kara in her post-match interview. “But the way my teammates have supported me in the last couple of weeks… has allows me to believe in myself.”

It wasn’t just a special night for Kara given it was Burleigh’s 500th division one win.

“I’m really happy about that (scoring on Burleigh’s 500th win),” said Kara. “I came here because of Becky. Because who I thought she was as a person and as a coach, so to even be a part of her history here is really incredible.”

The Gators will begin SEC play facing the 2018 SEC Tournament champion LSU (2-4-1) on Thursday at Baton Rouge, La. Kick-off is set for 8 p.m. ET at the LSU Soccer Stadium.

Figuring out a plan to make it big in the soccer scene in the U.S. or anywhere else in the world. For now, I'm having a blast writing for ESPN Gainesville and learning a lot from managers and students around the workplace. I'm covering the TV beat for Gators Soccer. What a team! Follow me on twitter: @J_AguerrevereUF
@@J_AguerrevereUF
Previous MVP Candidate Mike Trout Out for the Year
Next Jags CB Jalen Ramsey Requests Trade