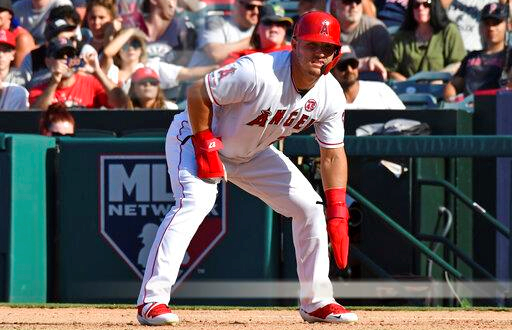 MVP Candidate Mike Trout Out for the Year

Angels’ Mike Trout is injured for his third season in a row. Trout has Morton’s neuroma, which is a thickening of the tissue around a nerve in the ball of the foot.

Since the beginning of the 2017 season, Mike has led the major leagues in the cumulative statistic WAR.

In his 2017 campaign, he tore a ligament in his left thumb on a head-first slide to base. He went on to miss the next 39 games that season. Trout has since then worn a protective mitt on his left hand.

Last year, Trout was sliding feet first in an attempt to steal third base and jammed his right wrist when bracing himself. He missed two weeks of action from the injury and 19 games total on the year.

This year, Trout hasn’t played since September 7th and will undergo surgery to remove Morton’s neuroma. This is a very textbook procedure that will sideline him for the rest of the season.

It is unlikely that Trout’s departure will hurt his MVP chances with voters. He still played 85% of the season where he dominated his competition. This season, he set a career-high in homers with 45 and a slugging percentage of .645, both of which are first in the AL. To add to those impressive stats, he leads the majors in walks (110), on-base percentage (.438) and OPS+ (184). Since the beginning of the 2017 season, Trout has led the major leagues in the cumulative statistic WAR. This year also marks the sixth season of Trout’s career with 8.0 or more WAR. Only nine other players in history have done that.

Trout tried many different rehab treatments unsuccessfully, which led him to the point of surgery. The Angels have invested nearly $400 million in him for the next 11 seasons and are now looking to his long-term health. Trout has acknowledged the need to play smart when he does make his return. Angels GM Billy Eppler released this statement:

Trout acknowledged that he needs to take better care of his body and not try to steal bases as often.

The Angels fell 5-1 to the Houston Astros in Tuesday night’s matchup. But the disappointing …