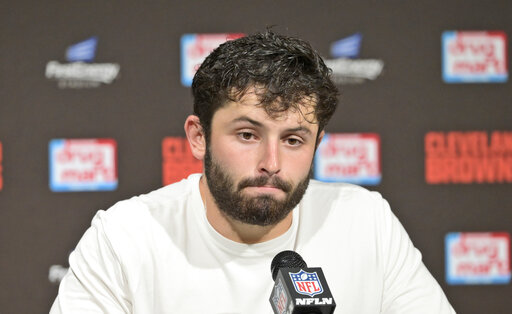 Goff and Kupp take down the Browns in Cleveland

Kopp and Goff produced two touchdowns that inevitably became the difference in the game. In addition, the Los Angeles defense put a halt on quarterback Baker Mayfield‘s last four plays from the 4-yard line in the last minute of play. The fourth and last play resulted in Mayfield’s only interception of the night adding up to the Brown’s already dull start to the season.

The Browns, who were missing their whole starting secondary, gave it all on the field but it’s the team’s offense that has strayed.

Odell Beckham‘s pricey watch collection has still not served him any luck. He had a solid game against the Jets with 161 yards and one touchdown. Yet, he was only able to mount up to 127 yards with no touchdowns against the Rams and the Titans. On the other hand, Jarvis Landry has not found his gears yet and Rashard Higgins’ knee injury has kept him on the sidelines.

The Browns’ overhaul during the offseason set up the bar high.

A 43-13 thumping loss against the Tennessee Titans on week 1 left Mayfield, the Browns and fans disappointed.

In that game, Mayfield completed 25 passes out of 38 attempts for 285 yards and one touchdown. However, his three picks, one ending in a touchdown, and failing to capitalize in key moments in the game resulted in Cleveland’s demise.

On week 2, the Browns bounced back on the road in New York defeating the weak Jets 23-3. But the positive result did not convince Mayfield.

The poor form carried on to Sunday’s clash against Tennessee.

The Oklahoma graduate threw for 50 percent completion, 195 yards, one touchdown and an interception. Above all, Mayfield has not lost hope and has urged fans to keep their heads up amid the Brown’s early season frustrations.

Week 3 concludes tonight with Monday night football at 8:15 p.m. as the Chicago Bears take on the Washington Redskins.

Figuring out a plan to make it big in the soccer scene in the U.S. or anywhere else in the world. For now, I'm having a blast writing for ESPN Gainesville and learning a lot from managers and students around the workplace. I'm covering the TV beat for Gators Soccer. What a team! Follow me on twitter: @J_AguerrevereUF
@@J_AguerrevereUF
Previous Florida Gators volleyball goes unbeaten in Gators Invitational
Next Gators Defense Forming New Identity