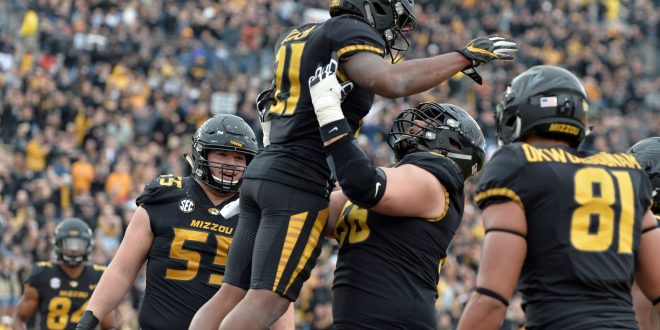 As Ole Miss (3-3) prepares to take on Missouri (4-1), the Rebels find themselves in the way of the Tigers, a team operating at peak form.

Missouri head coach Barry Odom has improved the Tigers’ record for every season since taking over in 2016. Last year’s 8-4 season capped off back-to-back bowl appearances for Missouri. Things were looking promising for the program. That is, until the start of this season.

A season opening loss to Wyoming had fans concerned about this year’s team. The defense couldn’t stop the run, allowing the Cowboys to average over seven yards per rush and a total of 297 yards. Little did Wyoming know that it just awoken a beast.

Since that game, Missouri has yet to allow a team to rush for over 61 yards in a game or average over two yards per carry. The Tigers were able to keep two power five schools, West Virginia and South Carolina, to under one yard per carry. The entire SEC East is shaking in its cleats. Missouri is also allowing under eight points per game since playing Wyoming, which would be third best in the FBS.

While the defense is playing at an elite level, it will have to carry on without the heart and soul of the team. Starting linebacker Cale Garrett was injured in last week’s game against Troy. He sustained the injury in the first quarter but played through it, racking up a sack an two interceptions. Garrett leads the team in tackles (39), ten more than any other player, and picks (3).

Nick Bolton is currently the highest-graded linebacker in the SEC! pic.twitter.com/0XtJjlNNCq

Even though Bailey has yet to record a tackle on the season, Odom says all of those players are capable of playing the position at a high level.

Even though Missouri is missing its leader on defense, Ole Miss head coach Matt Luke isn’t adjusting his offensive game plan. He knows the Tigers have too much talent and depth to ignore. Garrett’s injury will just allow for another Tiger to step up and perform just as well.

Of course, who starts at quarterback could play the biggest influence on how the Rebels formulate a game plan. Two freshman QBs have split time in the pocket. Matt Corral started every game up until when Ole Miss played Alabama. John Rhys Plumlee stepped in and helped score 31 points against the Crimson Tide.

Corral is more of a pocket passer averaging over 210 yards per game. Plumlee is a dual threat. He has rushed for more yards than hes thrown in his two starts. With how stingy Missouri has been on defense, allowing the second fewest yards per game in the FBS, it may be better for the Rebels to roll with Plumlee to try to add an additional threat that the Tiger defense needs to worry about.