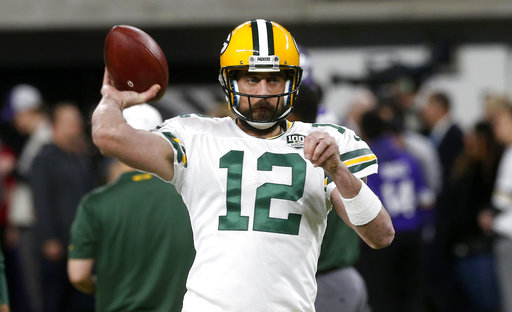 The Green Bay Packers (4-1) will host the Detroit Lions (2-1-1) on Monday Night Football. Both talented teams are coming in with plenty of momentum and are seeking the first place spot in the NFC North. Aaron Rodgers and the Packers are fresh off a 34-24 victory over the Dallas Cowboys, and the Lions had a BYE week to prepare.

This matchup features one of the game’s most storied rivalries and two quarterbacks that are very familiar with each other in Aaron Rodgers and Matthew Stafford. Lions head coach Matt Patricia appreciates the history of the rivalry.

The story of this game covers two relatively new regimes. Packers head coach Matt LaFleur is in his first season with the team. Meanwhile, Patricia is in his second year as coach of the Lions. There will be several interesting matchups to watch for that will dictate the outcome of the game.

Since becoming General Manager in January, Brian Gutekunst has brought in all kinds of defensive talent for the Packers. Green Bay signed linebackers Za’Darius Smith and Preston Smith, as well as safety Adrian Amos in the offseason. With those additions, the defense has been an entirely different unit.

Heading into Week 6, the Packers rank eighth in scoring defense (18.6), third in turnovers forced (11) and second in interceptions (7). However, the key to stopping the Lions will be getting tough against the run, which is something Green Bay has failed to do.

Lions running back Kerryon Johnson hasn’t been overly impressive through the first four weeks. The sophomore is only averaging 3.4 yards per carry. However, the Packers have allowed opposing running backs to consistently gash them.

Packers running back Aaron Jones ran wild on the Cowboys defense last week. He had a career day with 182 scrimmage yards and four rushing touchdowns. With one of Aaron Rodgers’ favorite targets, Davante Adams, out of the lineup with an injury, Jones should see even more targets in the passing game.

Offensive Players of the Week (Week 5):

Outside of Jones’ efficiency on the ground, this game should be a battle between two gunslingers that have faced each other many times before. Matthew Stafford and the Lions have won four straight against the Packers, including a 31-0 shutout in December 2018.

Aaron Rodgers will be at a disadvantage without Davante Adams and with few experienced targets below him. Without Adams, Rodgers was 4 for 12 to the rest of his receivers against the Cowboys. He’ll have tight end Jimmy Graham and 6’4′ receiver Marquez Valdes-Scantling to throw to. Outside of those two, there is very little depth.

On the other side of the ball, Stafford has been spreading the ball around effectively. Rookie tight end T.J. Hockenson will be returning tonight after suffering a concussion in week 4. Stafford will also look to receivers Marvin Jones and Kenny Golladay who already have over 200 yards each with multiple touchdowns.

The winner of this game will jump to first place in the NFC North. There is no lack of competition there, as the NFC North is the only division in the NFL with all four teams boasting winning records.

I'm a third-year student at the University of Florida passionate about storytelling and sportswriting. My goal is to work in communications for a professional sports team after I graduate.
Previous Nationals Have the Momentum and Home-Field Advantage Over Cardinals
Next Dan Mullen on LSU, Improvement, and South Carolina