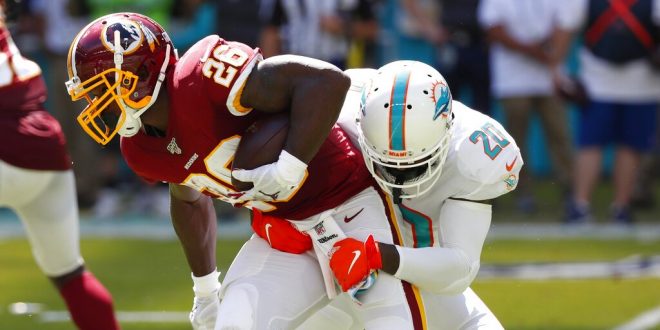 A Change at Quarterback, Again

Probably the biggest storyline this week for the Dolphins is the benching of second-year man Josh Rosen for Ryan Fitzpatrick. The man they call Fitzmagic almost led a fourth-quarter comeback over the Washington Redskins last Sunday.

Flores on going back to Fitzpatrick:

Fitzpatrick suited up as the starter for Brian Flores’ squad for the first two games of the season. After being outscored 92-10 and posting a passer rating of 39.92 with Fitzpatrick under center, the Dolphins made the switch.

However, that switch obviously didn’t pay off. The Cowboys and Chargers still drubbed Miami. Plus, they trailed 17-3 to the Redskins in the third quarter before Fitz came in.

However, the Dolphins’ defense hasn’t helped either quarterback this season. Miami’s defense allowed 30 or more points in four of their first five games this season. They allowed touchdowns on 71 percent of red zone trips so far this season.

Neither QB might be the solution, but the blame isn’t solely on them.

Fitzpatrick is excited just to be out on the field playing. But, his return to the starting role comes in tandem with another return to Buffalo. The journeyman QB spent his longest stint in the Nickel City. He is 1-2 in his previous trips to Buffalo. Overall, he is 4-3 against his former team.

Fitzpatrick on another return to Buffalo:

Bills Head Coach Sean McDermott said he knows Fitzpatrick is well-liked for his time with Buffalo. He called Fitzpatrick a “positive, energetic guy” who can present a challenge for the Bills.

“Everyone seems to know their role and what they’re doing, what they’re supposed to do and what they’re asked to do on each snap,” Fitzpatrick said of the defense. “But, each week we’re still trying to fix ourselves rather than every week going out there and trying to put 100 points on the board.”

Lorenzo Alexander on #Dolphins QB Ryan Fitzpatrick: He has some sort of magic dust on him….@WKBW pic.twitter.com/DJ1xPrLREr

Can Ryan Fitzpatrick make the most of his second opportunity or will the quarterback position in Miami continue to be a carousel? The answer to that question will come on Sunday afternoon.

Previous Georgia Looks to Right the Ship vs. Kentucky
Next Florida Soccer Remains Strong in the SEC After Defeating Auburn