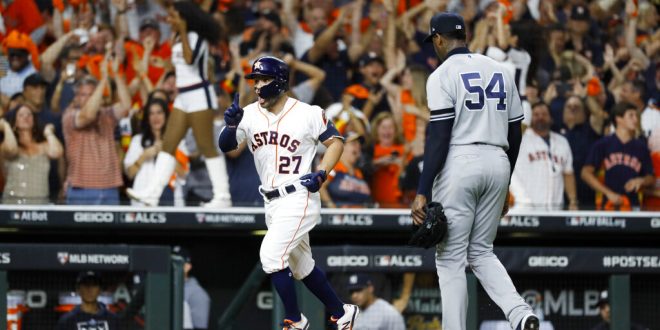 However, the Nationals had a long break before the World Series and will be ready to take on the Astros. The Nationals went 4-0 in the NLCS against the St. Louis Cardinals, giving them a week break before the World Series. Gerrit Cole will be starting Game 1 for the Astros, starting last against the Yankees in Game 3 not allowing any runs in 7 innings.

Pitching will be a huge asset for the Astros, especially having a strong pitcher in Gerrit Cole starting Game 1. Going 16-0 in his final 22 starts and pitching double-digit strikeouts in 16 of them, the Astros look to start the 2019 World Series off with a win at home.

With two strong pitchers coming in for game 2 and Game 3 with Verlander and Greinke, the Nationals have a lot to put up with. The Astros will see how Games 1 and 2 hold up before choosing who will pitch for Game 4.

The Astros were able to defeat two offensive powerhouses to reach the World Series. Having to face off against the Tampa Bay Rays and the New York Yankees, the Astros aren’t scared of a challenge in the Nationals. With the Astros winning the most games out of all teams this season, they are confident in their abilities.

With a team that has never been to the World Series, the Nationals will play harder than they have ever played before. However, with the long break that Washington had, and a short one for Houston, it will be a competitive matchup for the best team in baseball.