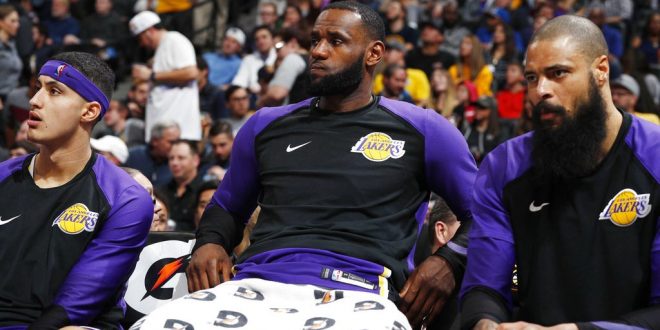 The STAPLES Center is home to both, the Los Angeles Lakers and the Los Angeles Clippers. And on Tuesday night, the two teams squared off in what felt like a “this town’s not big enough for the two of us” old western shootout. If a high noon showdown was really the platform at hand, the Clippers would be the ones throwing open the saloon doors after their 112-102 victory over the Lakers.

On the other hand, Lakers’ fans likely can’t stand the sight of him. You see, following Leonard’s one season stint with the Toronto Raptors, nearly every team in the league was bidding for the 6’7″ small forward. Of those teams, the Lakers were really making a push. However, to the Lakers’ demise, the former Spur and Raptor decided his closet needed more red and blue — not purple and gold.

Opposing feelings aside, one thing is for certain — Kawhi played better than LeBron on Tuesday.

.@kawhileonard was on point in his Clippers debut.

He earns tonight’s @Kia Performance of the Game. pic.twitter.com/ierHLWHcmc

Tallying 14 points in the opening half, Kawhi’s 16 point effort in the second half was what lifted the Clips past the Lakers.

Anthony and LeBron — The Big Two

In the offseason, the talk of the town in LA was the creation of  the Lakers’ “Big Three” — LeBron James, Anthony Davis and Kawhi Leonard. Fast forward to present day, and that “Big Three” is downsized to the “Big Two”.

On Tuesday night, only half of the Big Two had a big night — plot twist: his name isn’t LeBron.

A 6’10” Anthony Davis, who was acquired from the Pelicans during the offseason, tallied 25 points in Tuesday night’s loss to the Clippers. The 26-year-old center also gathered 10 boards during his effort against the Clips.

Game one in the books. Back to the grind.

LeBron James, on the other hand, didn’t have an outing that looked like your average LeBron outing. It was well short of that.

James contributed just 18 points during the loss. 18 points, nine rebounds and eight assists — certainly not a stat line to gleam at. Not to mention the five turnovers.

Nonetheless, there are very few questioning whether or not James will bounce back. He will. He always does.

After all, the Lakers are struggling through growing pains as they continue to gel together as a team. Lakers’ head coach, Frank Vogel says the lack of chemistry is something he has seen in the offseason and that it’s something the Lakers will continue to work on.

Battle of the Benches

Having stars such as LeBron and Kawhi on a team is certainly beneficial. However, having guys who can come off of the bench and score points is equally as important.

In Tuesday night’s LA showdown, the Clippers’ bench reigned supreme as they outscored their Lakers counterparts 60-19.

With a 41-point differential, it’s impressive that the Lakers were able to keep the game margin as close as they did. However, as Anthony Davis said, when you allow a bench to drop 60 on you, you deserve to be beat.

Though the Clippers’ bench includes players that likely wouldn’t be found on the bench of other teams around the league. Take Lou Williams for example — the 33-year old NBA veteran who averaged 20 points a game last season comes off of the bench for the Clippers. He sank 21 on Tuesday night.

The Clippers (1-0)  will move out of the STAPLES Center for the rest of the week as they travel to San Francisco to play the Warriors on Thursday. Following the in-state battle, the Clips head south to Phoenix for a game against the Suns on Saturday.

As for the Lakers (0-1), they will stay home for bouts against the Jazz and the Hornets.

Ainslie is a journalism major at the University of Florida where she specializes in Sports Media. Her main passion is college football as it was a huge part of her childhood. Ainslie serves as a current correspondent for the Ocala Star-Banner, a newspaper for the Ocala, Florida area. She currently covers Marion County high school sports.
Previous Nationals Take Game 1 of World Series
Next Orlando Magic opens season against Cleveland 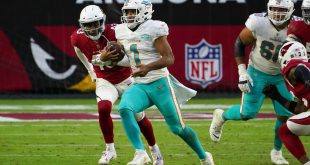