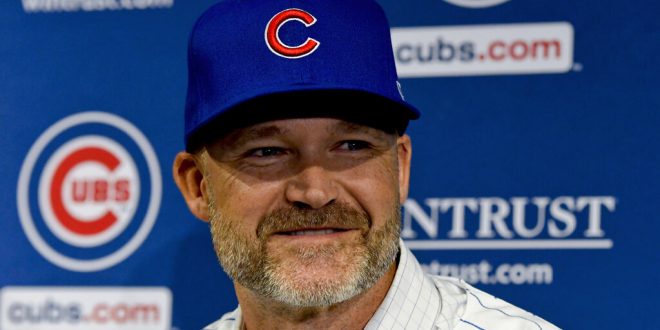 Former Florida Gator ball player David Ross was introduced as manager of the Chicago Cubs this past weekend after retiring from the MLB after the 2016 season. Ross was given a three-year contract with an option for 2023.

Ross played for the Cubs for two years, starting in 2014 and retiring after his contract expired with the Cubs. As a result, Ross is ready to take on the challenge of bringing the Cubs back to the playoffs after going 84-78 during the 2019 season.

David Ross does not have any coaching experience but is willing to take on the job head on. However, with the experience he has gained in the MLB, he can share the knowledge he has learned throughout his 14-year career. With his passion, the Cubs hope he brings the same enthusiasm he showed on the field to his players in the dugout.

Ross was hired to replace Joe Maddon, who coached Ross and won a World Series with the Cubs in 2016. With Maddon gone, Ross looks forward to facing the task of taking the Cubs to World Series soon.

With David Ross starting new to being a manager, he feels his strength will be the connection with his players. After all, he retired from the league just three years ago and can give a lot of knowledge to the new players. He wants to step away from his old look at the Cubs. Ross wants to push them to be the best they can be.

Ross wants to act the exact way he used to as a catcher for the Cubs. He wants to have his staff completed as soon as possible to start on the right foot. Ross looks to put them back on track after the Cubs missed the playoffs for the first time in five years.