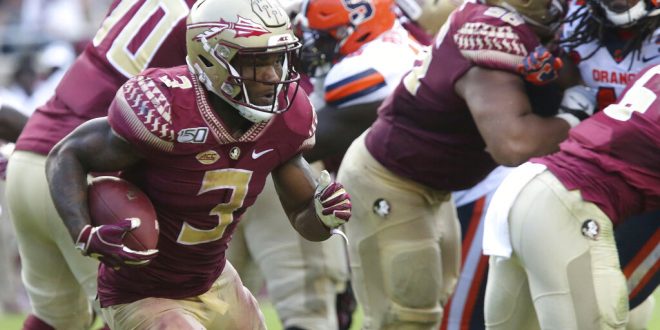 Another edition of one of college football’s most heated rivalries is on the schedule this weekend, this time, removed of its usual heat.

What should be the hottest matchup in the ACC this weekend is likely to fall flat. Each unranked, the Miami Hurricanes (4-4, 2-3 ACC) and the Florida State Seminoles (4-4, 3-3 ACC)  have had their individual woes in 2019.

Tallahassee is home to one of the worst-ranked defenses in the FBS.

It’s a contest that will bring the best — which might be the worst — of each team.

Miami has one of the top-ranked defenses in the nation — a surprising No. 15 — a defense that’s ranked above the top overall teams in the FBS, aka, No. 1 LSU and No. 2 Alabama. That’s bad news for Florida State, who’s week-in week-out quarterback debacle has the Seminoles offense in disarray. Miami’s quarterback role is in similar trouble, but matching Jarren Williams up against the 108th ranked defense in the FBS isn’t much of a cause for concern.

Williams earned the starting job against Florida State after relieving a struggling N’Kosi Perry in the win against Pittsburgh. The redshirt freshman spearheaded a 62-yard game-winning drive, sealed with a clutch 32-yard touchdown pass to K.J. Osborn to squeeze by with a 16-12 win.

Florida State’s win over Syracuse spoke highly of Seminoles running back Cam Akers. The junior accumulated four rushing touchdowns against the Orange, and currently poses as the Seminoles’ largest offensive threat. But Akers will have quite the task on his hands with the 17th-ranked rushing defense in the nation, who holds its opponents to just 106.1 yards per game.

Both teams’ records mirror the other — what does it mean divisionally?

The ACC Coastal division has been one of the larger running jokes of college football, but it allows the Hurricanes to quietly blend in with a 4-4 record. Florida State has significantly tougher teams in Clemson and Louisville. The Seminoles fell victim to Clemson’s wrath in a deafening 45-14 loss but topped Louisville early in the season. Miami’s schedule has been absent of any toughness aside from the season opener against Florida. However, what it’s filled with is embarrassing losses – losses to Georgia Tech and North Carolina, to name a few.

Kickoff for the annual rivalry match is set for 3:30 p.m., airing on ABC.