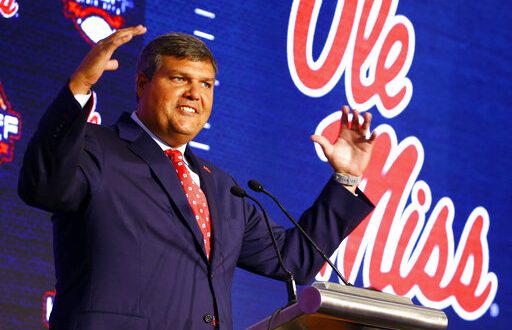 The Ole Miss Rebels finished their season 4-8 after a loss to in-state rival Mississippi State on Thanksgiving. On Sunday, news broke that head coach Matt Luke was fired after spending three seasons with the Rebels achieving a 15-21 overall record.

Luke, former assistant coach at Ole Miss, was named interim head coach back in 2017 after Hugh Freeze’s firing. The Rebels went 6-6 in his interim year and decided to retain Luke. In his time at Mississippi the team never finished better than sixth in the SEC West and did not have any bowl game appearances. According to Ole Miss athletic director, Keith Carter, it was time for a program change.

With Luke’s firing, there are now three head coaching vacancies in the SEC. Both Arkansas and Missouri are also searching for a new head football coach. Ole Miss is moving fast; the search is underway in Oxford.

“We want energy, passion and a track record for success,” said Carter.

Some possible candidates to replace Luke are:

Maddie Schmidt's goal is to become a college football reporter. Be sure to check out her sports blog, mygamedaygal.com.
@@maddieschmidt15
Previous ACC Championship: Virginia takes on Clemson
Next TNF: Dallas Cowboys at Chicago Bears