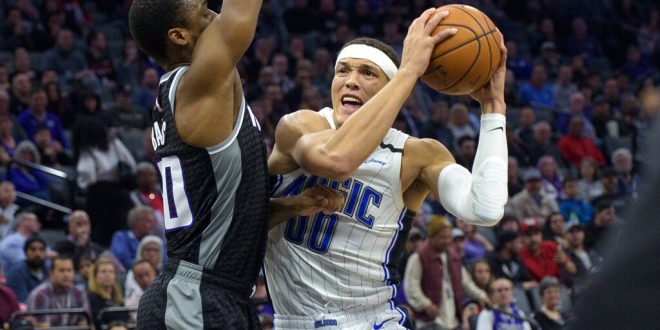 The Kings had a one point lead with 15 seconds left of the game last night after a three point play from guard De’Aaron Fox.

After the Magic called a timeout, Aaron Gordon made a three point-play from an inbound with 1.1 seconds left on the clock. The bucket assisted from Evan Fournier lifted the Magic over the Kings.

Orlando has now won five out of its last seven games and have a 19-21 record while the Kings dropped to a 15-25 record.

The way things are panning out in the Eastern Conference, the Magic are looking in good shape to get back to the playoffs. Orlando’s win versus Sacramento win will only help its case. Despite being a few games under .500 record, they’re still sitting in seventh place, and are 4.5 games up on the ninth-place Charlotte Hornets.

The Magic travel to Los Angeles Wednesday to take on the Lakers at 10:30 p.m.

This will start a four game road trip for the Magic, with three of those games taking place on the Pacific coast. After facing the top team in the West in the Lakers, Orlando tours California with matchups with the Los Angeles Clippers and the Golden State Warriors. They close out the road trip closer to home against the Charlotte Hornets.

The Kings next game is Wednesday as well when they head to Dallas to take the Mavericks on at 10:00 p.m.

Following Wednesday’s game with Dallas, Sacramento’s next stretch of games are at home. They will play the Utah Jazz, Miami Heat and Detroit Pistons all in Sacramento.