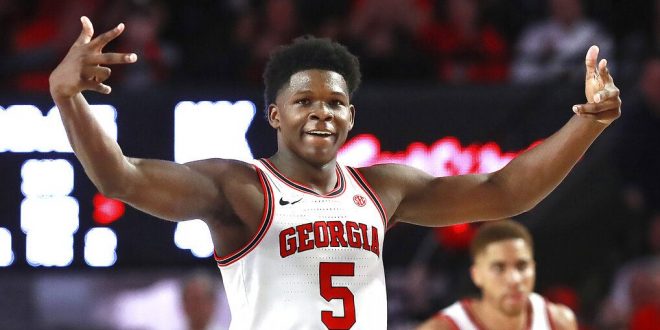 The Georgia Bulldogs look to pick up their first conference win of the season as they welcome in SEC opponent, the Tennessee Volunteers.

Georgia has dropped its first two conference games to, arguably, the top two teams in the SEC, the Kentucky Wildcats and Auburn Tigers. If the Bulldogs are to come out on top tonight, they’re going to have to lean on potential No. 1 overall pick Anthony Edwards.

Tom Crean’s squad sits at 10-5 and Edwards has finally made Georgia basketball appealing to the eye. He’s averaging 18.7 points on 41.3% shooting to go along with 4.8 rebounds and 3.1 assists.

Really interesting to hear Tom Crean break down Anthony Edwards' game and where he would like to see him improve. Edwards is the nation's top-scoring freshman and 3rd leading scorer in the SEC #UGA pic.twitter.com/g8mG2N8vMi

In order for Georgia to get back on track, it will need more production from big man Rayshaun Hammonds who has struggled in his last two games. The junior is averaging a solid 13.6 points and 8.7 rebounds on 46% shooting so far. However, in their loss to Kentucky, Hammonds scored nine points and grabbed four rebounds in 24 minutes before fouling out. Against Auburn he scored 12 while hauling in nine boards while racking up four personal fouls.

A rocky season in Rocky Top

Tennessee has had an up and down start to their season. They have close losses to non conference opponents FSU and Memphis but are winners of their last two SEC games. The Volunteers pulled out a one point win against South Carolina at home last Saturday.

This is also the first game since Head Coach Rick Barnes publicly voiced his displeasure with senior guard Jordan Bowden. He shot 1-17 from the field in Tennessee’s win against the Gamecocks but will have to perform better if the Volunteers are to keep winning.

Tennessee will look to ride the hype of the international wonder Santiago Vescovi, a native of Uruguay. Vescovi played for a year at the NBA Global Academy in Australia and was cleared by the NCAA two weeks ago. In three games, he is averaging 14.3 points, 4.3 rebounds and three assists. He has been shooting the ball well (47.8% overall and 55.6 3P%) but is struggling taking care of the ball averaging seven turnovers per game.

Santiago Vescovi is the first @Vol_Hoops freshman to score in double figures during each of his first three games since Tobias Harris did so during the 2010-11 season. pic.twitter.com/3vBnsVy1tw

Tonight’s game is important for both teams as they look to get an early season edge on one another in the conference. Tip off is set for 7 p.m. from the Stegeman Coliseum in Athens, Georgia and can be watched on ESPNU. 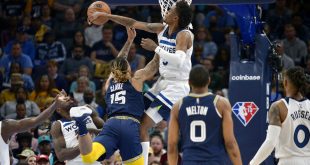