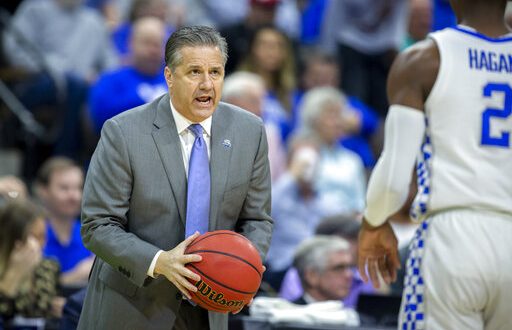 The No. 10 Kentucky Wildcats are in South Carolina preparing to take on the Gamecocks tonight. The Wildcats look to stay undefeated in SEC play, while the Gamecocks look to seize their first SEC win of the season.

The Wildcats are coming off of a win against Alabama last Saturday, 76-67. Other SEC contenders that Kentucky has defeated so far in this season are Louisville, Missouri and Georgia. Kentucky looks to stay ahead in the SEC and expects another physical challenge against South Carolina tonight. Kentucky guard Tyrese Maxey is the leading scorer for the Wildcats with an average of 17 points-per-game, and Sophomore Ashton Hagans leads Kentucky and the SEC with 7.3 assists in each game.

On the wrong side of the spectrum, Kentucky has struggled to find its identity as a team this year. The Lexington team fell early in the rankings this season and has struggled to find its chemistry. The program has experimented with point guards this season but has not settled on a permanent leader for the team. Although Hagans has performed well this season and is one of the best of his position in the country, the coaching staff believe that he has not reached his full potential as a defensive player.

Head coach John Calipari is not impressed with Nick Richards’ overall performance this season as a player. Richards averages 13 points and 7.7 rebounds per game. The Jamaican had an outstanding statistic of 11 rebounds on his last game against Alabama. However, Calipari said this performance was insufficient and he should have had at least 20 rebounds. Kentucky associated head coach Kenny Payne says that Richards has many mental obstacles he is struggling to overcome.

On the bright side, freshman forward Kahlil Whitney has shown some progress this season. Even though he was held scoreless for the fourth consecutive game in the game against Alabama, Calipari was impressed with the attempted shots Whitney was putting up and felt that he made great strides during his nine minutes on the court.

Coming to an arena near you! #TGT

The Gamecocks look to win their first SEC game of the season at home tonight. South Carolina took a painful 56-55 lost in Knoxville on Saturday against Tennessee. Aside from the loss to Tennessee, South Carolina have also had SEC losses to Florida and Stetson. But, South Carolina won against the defending national championship team Virginia in December, 70-59.

However, Columbia has proven to be a difficult test for Calipari and the Wildcats in the past with the 2010, 2014 and 2018 teams all suffering upsets.

Previous Alex Cora out from Boston: what does this mean for the Mets?
Next Georgia, Tennessee set for conference clash 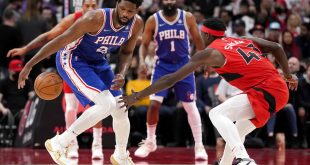