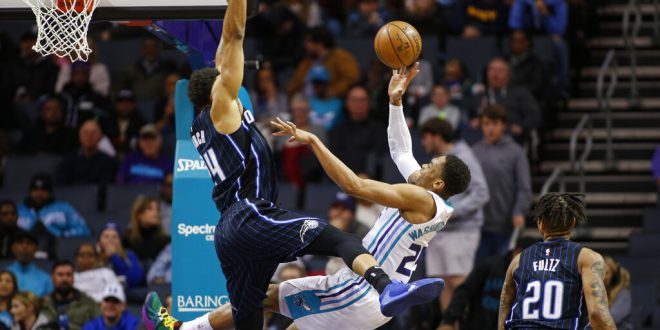 The Orlando Magic finish even on its six-game road trip with a 3-3 record on Martin Luther King Day. Orlando picked up a dominant 106-83 win over the Charlotte Hornets, who are on a six-game losing streak.

Fatigue? Pshaw… the #Magic took care of the #Hornets with an impressive win: https://t.co/Cd8WGayCpe

“The Charlotte game is going to be difficult because of the travel, the schedule, which to me is ridiculous,” Magic head coach Steve Clifford said.

Mistakes were made, the defense was decent and the offense was just alright. However, they pulled through for the much needed win. With last week’s statement win over the Lakers, Orlando had something to celebrate. It didn’t last long as it fell apart the next game. The Magic then lost to the struggling Golden State Warriors 109-95.

During the first quarter, Terrence Ross scored 16 out of his potentially 19 points. However, things weren’t looking so hot for the Magic.  It was a very up-and-down game as the Magic only hit 30 percent of their shots. It wasn’t until the second quarter, that the Magic started to shine – starting with a 14-1 lead.

The veteran guard, Evan Fournier, is the Magic top scorer, despite battling an illness that has turned him torpid. Before the game, he threw back an energy shot and hit the court full force. He then scores 26 points during the victory win making 6-of-8 3 pointers.

The Hornets were making it easier for the Magic to turn this game around with 18 turnovers which led the Magic to score 14 points. “We got to keep doing it, keep finding a way to play, sticking with it and playing solid defense,” Ross said.

The Magic return home for the first time since Jan. 8 as they play the Oklahoma City Thunder (25-19) this Wednesday. This home stand won’t last long as they hit the road to face the Boston Celtics (27-14) on Friday. They have been on the road for almost two weeks now and their focus has impressed head coach Steve Clifford.

The Orlando Magic have dropped their fourth straight game, after falling 130-124 to the Dallas …