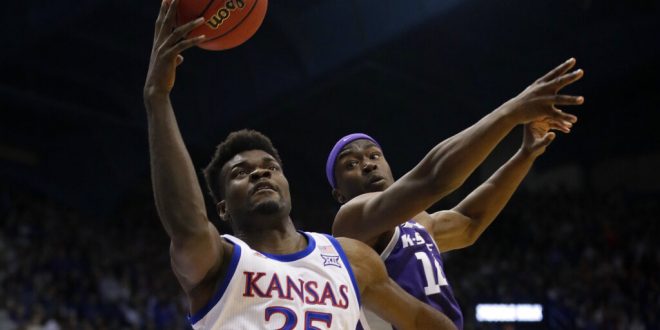 On Saturday, the No. 3 Jayhawks will host Tennessee in the annual Big 12/SEC matchups that are happening across the country. Following an unusual brawl at the end of Kansas’ last game against Kansas State, the team will happily focus solely on basketball.

Tennessee, who is 12-6 on the year, is coming off a solid win against Ole Miss on Tuesday. The win gave head coach Rick Barnes his 100th victory at Tennessee. The Volunteers are coming off a hugely successful season a year ago, falling to Purdue in the Sweet Sixteen. The Vols lost key players from a season ago and are trying to put the pieces back together in order to make the big dance again this year. Saturday’s game will be the nonconference finale for the Volunteers season.

Coming in at N0.3, Kansas has gone 15-3 on the year so far and is putting together yet again another exciting season for Jayhawk fans and basketball fanatics around the country. With March quickly approaching, Kansas will look to keep cruising towards the madness.

After a brawl like sports fans haven’t seen since Malice at the Palace, Kansas will be without two key players. Kansas forward Silvio De Sousa had already been suspended indefinitely by Jayhawks coach Bill Self, but was handed a 12-game suspension by the league office. Teammate David McCormack has also been suspended for two games. De Sousa, a junior forward, was a force in KU’s lineup and will be out until the end of the regular season. McCormack was a starter for the team and will be missed in Saturday’s game as the team will re-group in his absence.

Barnes is no stranger to the Big 12. He coached 17 seasons at the University of Texas and even won some big games at Kansas’ Allen Fieldhouse. The biggest came with then Longhorn star Kevin Durant in 2007. Now five seasons deep in Knoxville, Barnes is finding a familiar groove against SEC opponents, but still remembers what it is like to face off against a powerhouse like Kansas. Barnes said he knows Bill (Kansas’ Head Coach) will make the necessary adjustments from the last game. He acknowledged the versatility of the Jayhawks playing both a big or small lineup with four small guards. Barnes said he knows his team will have to be ready to expect multiple different looks on Saturday.

Another thing to note for the Vols is the addition of Uros Plavsic. Plavsic was recently granted his eligibility from the NCAA. The freshman comes in at 7 feet and adds height and depth to the team. In his first career game on Tuesday, he scored four points and logged 11 minutes on the court.

This meeting will mark the fifth time the two teams who have met and will be the second time Tennessee has traveled to Kansas. Kansas owns the record with a  3-1 margin.  Tipoff is set for 4 p.m. on Saturday on ESPN.