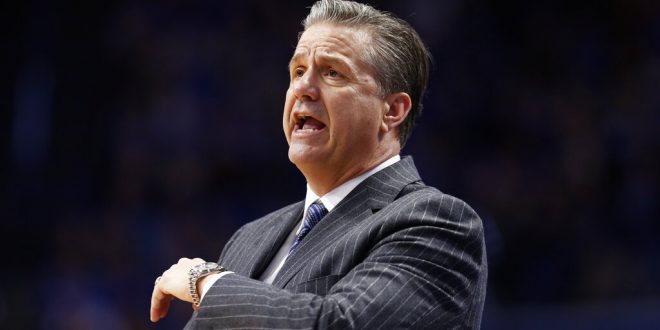 No. 15 Kentucky and No. 18 Texas Tech step outside of conference play Saturday night when they face each other in Texas. The game is part of the Big 12-SEC challenge, and just Kentucky’s second time playing at Texas Tech.

The Wildcats (14-4) have been trending upwards after their shocking loss to South Carolina. Since then, they’ve won at Arkansas and against Georgia. The Red Raiders (12-6), on the other hand, have lost three of their last five after a tough stretch of road games. They had to travel to play Baylor, now No. 1 in the country, No. 14 West Virginia and a 13-win TCU team. In fact, Texas Tech is 9-1 at home and 1-3 in true road games.

So, how will this game between unlikely foes be decided?

The Red Raiders finished as the runner-up in last year’s NCAA tournament. Due to lots of roster turnover, though, coach Chris Beard had to replace six of the eight-player rotation that took them to the championship.

The ultimate obstacle for the Red Raiders to overcome in this game, and season, is size. They play four guards with their only starting forward, TJ Holyfield, standing at 6 feet 8 inches. From the backcourt, freshman Jahmi’us Ramsey has led this team offensively. His 15.5 points per game lead the team. He is also shooting 40.3% from three. Expect him to be a crucial part of this offense if the Red Raiders win this game.

On the other side of the ball, size is not a problem for the Wildcats. Kentucky’s leader on offense, junior forward Nick Richards, stands at 6 feet 11 inches and EJ Montgomery (6’10”) can also carve out some points in the paint.

Kentucky’s plan should be to dump it down to those two as much as possible and dish it out on the perimeter to one of their three guards. Ashton Hagans, Immanuel Quickley and Tyrese Maxey all average double digits in points per game.

The Red Raiders have been everything you’d expect out of a former championship team when playing at home this year, boasting a 9-1 record on their home court. They’re a different story on the road, though, losing three of their five true road games so far. The most recent case of this was their shocking loss to TCU in Fort Worth.

However, it will be the Wildcats that will have to worry about winning in a foreign environment. Kentucky is 2-1 on the road, with convincing wins over Georgia and Arkansas, but a devastating loss in Columbia to South Carolina. They are also 1-2 on neutral sites.

Don’t expect anything less than a packed crowd at United Supermarkets Arena, either.

According to TickPick, a secondary ticket marketplace, an average ticket to the game will cost $393.50. This top-25 matchup is currently the most expensive game in basketball, college or NBA, according to a news release from the same source. So, expect this game to live up to the anticipation in a college basketball season that has been anything but predictable.

The game will air Saturday night at 6 p.m. on ESPN.

I'm a third-year student at the University of Florida passionate about storytelling and sportswriting. My goal is to work in communications for a professional sports team after I graduate.
Previous Oak Hall Boys Basketball Tops Interlachen 39-36 in a Sluggish, Defensive Battle
Next Big 12/SEC Showdown: Kansas vs. Tennessee