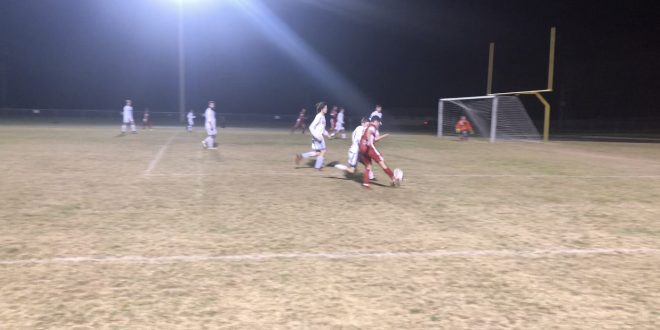 The Williston Red Devils tied the Keystone Heights Indians 0-0 on Friday night in a boy’s soccer defensive struggle.  The goalies from each side shone brightest; each were able to make clutch saves to keep the game squared up at zero.

Everyone could tell it was going to be a defensive struggle from the start, as neither team could get anything going on offense. Williston did a great job containing the Indians’ top scorer, Dean Hoggs, making him invisible for much of the game. The few shots Keystone did have on goal were stopped, such as this one.

Nice save here from Williston to get the score deadlocked at zero midway through the first half. @ESPNGainesville pic.twitter.com/rbugPuHRE0

The Red Devils dominated the second half. They possessed the ball on Keystone’s side of the field for almost the entire half and had multiple shots on goal. The time of possession swung heavily in favor of the Red Devils, yet they could not get the ball in the net. The game came down to the wire in the final few minutes. Williston had the ball in striking position multiple times, but just missed each time.

The Red Devils’ record will go to 9-2-3 with this draw. There are just two games to go until the district playoffs. However, with their pristine record, Williston has put themselves in a good position to make a deep run in the postseason. Their next match will be on Monday, where they will travel to Dunnellon High School to take on the 5-14 Tigers.

Michael Hull is a sophomore at the University of Florida and is currently studying Journalism & Sports and Media.
@Michael_Hull33
Previous No. 2 Gator Gymnastics Defeats No. 8 LSU In Electrifying Exactech Arena
Next P.K. Yonge Boys Basketball Loses Heartbreaker to Orlando Christian Prep 47-43 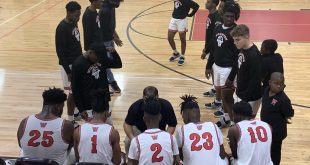