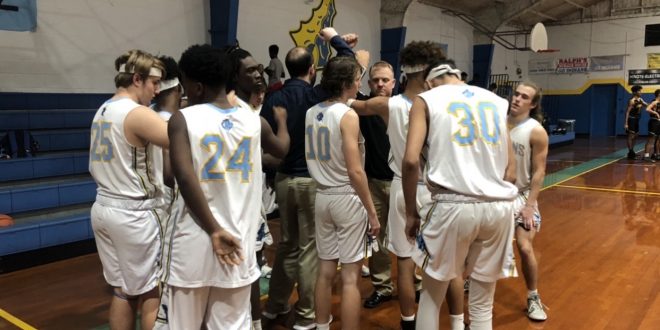 The Chiefland Indians played a hard-fought game versus Lecanto Thursday night, but the offense couldn’t secure the win. Following the 51-50 loss, Chiefland’s record is now 6-15.

Leading After the First Half

The Indians were struggling to start with the same energy as Lecanto. However, they quickly picked up their slack and finished the first quarter trailing by just 5 points.

However, in the second quarter, Chiefland really turned up the heat. Ty Corbin, Quay Brodus, Austin Adams and Isaiah Woods were all able to put some scores on the board. At the end of the first half, Chiefland was ahead 26-25.

Following an explosive second quarter for the offense, our score is 26-25 at the half. @QBrodus3, @TyCorbin__, @Austin84406271 and @Isaiahwoods all put points on the board. Here’s the lay up from Isaiah Woods that secured the lead. @ESPNGainesville @ThePrepZone @LecantoHigh pic.twitter.com/3l56cusKIJ

Back-and-Forth in the Second Half

The second half was much more of a coin toss than the first. In the third quarter, it looked like Chiefland’s defense was slowing down and Lecanto’s offense was speeding up. The Indians’ offense was struggling to score, trailing 39-32 going into the fourth quarter.

Things began to look bleak when the Indians were behind by eight points with 1:53 to play. However, in an excellent display of teamwork and strong offensive performance, Chiefland put up seven points in 33 seconds of gameplay. Corbin and Woods both hit 3-pointers in that time.

Time is running out for the Indians, our score is 47-39 Lecanto after @TyCorbin__ hit this three. 1:53 left in the 4th quarter. @ESPNGainesville @ThePrepZone @LecantoHigh pic.twitter.com/hOBP9A9irf

Don’t count Chiefland out yet; another 3 for the Indians from Isaiah Woods brings our score to 49-45 Lecanto. 1:20 left in the 4th. @ESPNGainesville @ThePrepZone @LecantoHigh pic.twitter.com/NxsTSQ9lnj

With eight seconds left in the game and tension running high, Chiefland hoped to use their final possession to clinch the win.

Though Head Coach Adam Boyd was upset with the loss, he was happy to see improvement in the intensity his players maintained throughout the game.

“We battled back. We had gotten down by 9 or 11 points at times, we just kept competing. We could have run and hid, but the guys kept knocking down shots. We had a shot at the end but it just didn’t happen,” said Boyd.

As district play quickly approaches, Boyd has a few things we would like to see his team improve.

“There’s some stuff defensively we need to work on; like guys applying pressure and making sure to rotate back. We need to tighten up and not give up easy buckets.”