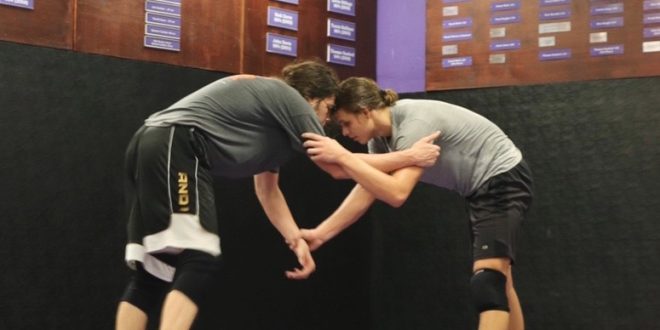 This Saturday, the Gainesville High School wrestling team will take on four of 11 other teams in the TD Talbott Duals. The Villages High School will be hosting the tournament.

Of the Gainesville wrestlers, Logan Fernandez-Smith, Nicholas Hanson, Will Marshall, Zachary Collins, Liam Moore and Carlos Nelson will compete. Their teammate Brennan Kade is out with an injury until further notice.

For senior Nicholas Hanson, one of Gainesville’s 160 pounders, this tournament’s weigh-in will decide whether he can wrestle at 152 pounds at the District Championship and the rest of the state series.

Hanson has not made scratch weight for 152 pounds this season.

In order to make scratch weight, he must weigh 152 pounds or less the day of the tournament. Despite the two pound allowance that is given to wrestlers after Christmas, if they wish to compete at a certain weight class, they must make scratch weight for it at least once before Districts.

Hanson’s goal at this year’s event is to go 5-0. “I went 4-1 last year because I lost a close match to a kid from Satellite.”

But on Saturday he faces a bigger obstacle.

Earlier in the season, at the Ed Kilpatrick IBT, Hanson wrestled Kevin Coon of The Villages and fell short 5-1.

Hanson said that in order to beat Coon he has to better his offense and escape faster.

Gainesville’s eight-man team, now down one, won’t have an easy road Saturday. Without a full line-up, they’re forced to forfeit key weight classes.

Despite the scarcity of wrestlers, the boys continue grinding on the mat each week. This weekend won’t be different.

Previous No. 2 Gators Gymnastics Tries to Stay Perfect on Road Against No. 17 Auburn
Next Midseason Check-In: Reflecting on the NBA at the All-Star Break