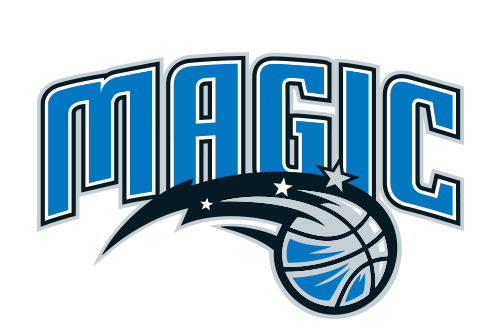 The Orlando Magic finished the first half of the season at 24-31.

The Magic are currently eighth in the eastern conference standings, three games ahead of the Washington Wizards in ninth.

As the second half of the season begins, the Magic look to continue its push to finish the season strong. Orlando is riding a 22-9 record in its last 31 games, giving them a spot in the playoffs. The squad has just 27 games left in the season, but the opponents they face have a combined winning percentage of just.464, the third-worst in the NBA. Included in those 27 teams are 17 that have a losing record, and the Magic are 19-7 against losing record teams.

Key players for the Magic include Aaron Gordon, who is averaging 14.2 points per game and 7.3 rebounds. Prior to the All-Star break, the forward had been playing his best basketball of the season, averaging 19.6 points, 8.3 rebounds, shooting 45.4 percent from the field and 41.2 percent from 3-point range. Besides Gordon, big man Nikola Vucevic has been averaging 19 points per game and 10.8 rebounds. Vucevic plays a key role for the Magic, presenting a force in the paint and a key player in clutch time.

Guard Markelle Fultz has also found his home with Orlando after injuries and a messy divorce with the Philadelphia 76ers. Fultz has been averaging 11.9 points and 5 assists per game, both career highs. The guard has taken over the point guard position and is shooting 50.8 percent from the field. He has also played in 54 of the 55 games.

The duo of Fultz paired with shooting guard Evan Fournier has formed a strong backcourt and produced solid ball movement. Fournier has been averaging 18.7 points, stepping up in big moments.

Orlando’s depth chart is also crucial to end the season strong. Bench players including Terrence Ross, Mo Bamba, and D.J. Augustin have really provided a spark off the bench.

Ross has been averaging 13.4 points and is a great backup to Fournier. Bamba also plays a big role in the paint, while Augustin provides that veteran experience and ball handling as the backup point guard. For the last 15 games, Augustin has been shelved, suffering from a knee injury, and is questionable as the second half of the season starts up.

The Orlando Magic start up the second half of the season tonight when they take on the Dallas Mavericks in the Amway Center. Tip-off is set for 7.

Sasha Stein is a current UF student aspiring to become a sports reporter/broadcaster.
Previous Win Streak Comes to an End for the Lightning
Next Arkansas Looks for Revenge Against Missouri