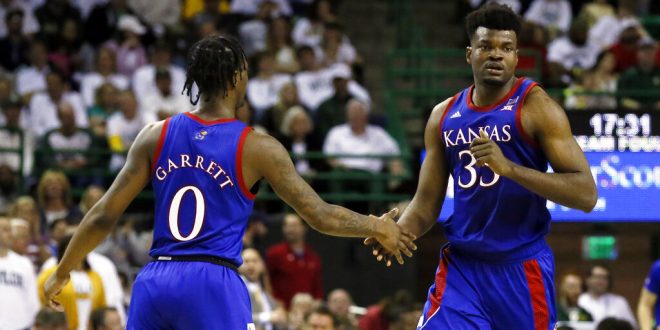 The college basketball world has changed since this past weekend with some key losses by top-ranked teams.

With their big win against No. 1 Baylor, the Kansas Jayhawks have taken the crown of the best basketball team in the NCAA. With a massive 23-point game by Kansas center Udoka Azubuike, the Jayhawks were able to skim past Baylor on the road.

Gonzaga and their 27-2 record usually never disappoint. However, the Zags went down one spot into third after a tough loss to BYU 91-78. BYU scored 18 points off of 14 Gonzaga turnovers. BYU Senior Yoeli Childs finished with 28 points, seven more than his season average. The Cougars have now gone up six spots into the No. 17 spot in the rankings.

The Seminoles started off the season unranked and proved everyone wrong. At 23-4, the Seminoles move up two spots into sixth in this week’s rankings and continue to prove themselves all across the nation. Florida State plays No. 11 Louisville next at home, where they are currently undefeated. They look to pass Lousiville Monday night to have the best record in the ACC. The SEC leaders in Kentucky continue their dominance, moving up two spots and pushing themselves into the eighth spot of the rankings. The Wildcats and their 22-5 record beat Florida Saturday 65-59, only allowing 28 points in the second half. The Wildcats head to College Station to face the 14-12 Texas A&M Aggies Tuesday night. They also go on to play No. 15 Auburn Saturday afternoon.

The biggest mix in the rankings this week is Creighton. Out of their last four games, the Bluejays have faced three top-25 teams, defeating them all as they are on a four-game winning streak. This has finally pushed them into the top 10, making them the 10th ranked team in the NCAA with a 22-6 record. Guard Marcus Zegarowski helped defeat No. 21 Butler 81-59, contributing 25 points while shooting 9-for-12 from the field.

Lastly, the likes of Michigan and Michigan State have popped into the Top-25. With the regular season coming to a close, we might see a few more mix-ups in the rankings for the next few weeks.