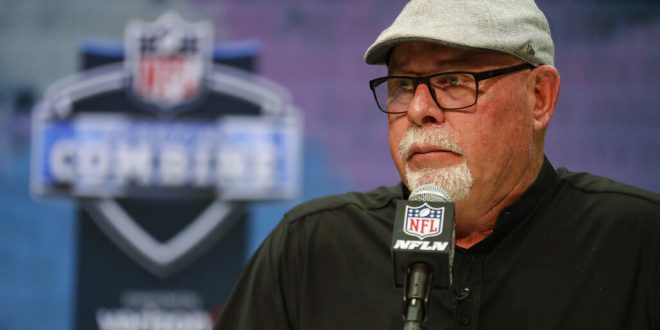 After a third-place finish in the NFC South and an overall record of 7-9 last season, the Bucs look to improve. The main focal point is Jameis Winston and the quarterback position.

The Tampa Bay Buccaneers have not made the playoffs since the 2007 season. The franchise has not won a playoff game since 2003. It is safe to say that fans are anxious to see their team finally put together a winning season. However, they are not surprised to see that it hasn’t happened yet.

The 2019 season proved no more successful for the Bucs. The team ended the season 7-9 in a division led by the New Orleans Saints. The overall lack of defense in big games caused the team to give up big scores that the offense could not counter. This combined with the struggles of starting quarterback Winston caused the team to have yet another losing season without a playoff appearance.

Jameis Winston had his struggles last season, most notably with the number of times he threw the ball to the incorrect team. Winston threw 30 interceptions in the 2019 regular season. This is the highest number of picks Winston has thrown since he threw 18 in the 2016 season. Winston also had nine fumbles, his second-highest number since he joined the team in 2015. The QB was also sacked 47 times, also the highest rate in his NFL tenure.

Despite his struggles, Winston also had some of his best stats posted last season. He threw for 33 touchdowns, 380 completions and 5,109 yards. These numbers were the highest he’s posted in his five seasons in the NFL. Head coach Bruce Arians and General Manager Jason Licht are not necessarily ready to give up on their QB.

Will the Bucs be able to resist dipping into one of the deepest pools of rookie receivers in a long time? Or should they even try to resist? https://t.co/O70s9kfeEJ

Everyone in the Bucs organization is looking to improve next season on all fronts. That improvement starts with the quarterback position and the question remains whether the team will stick with Winston or try to head in a different direction.

The free-agent quarterback class this offseason is full of stars that Arian said he never expected to see, like Tom Brady. He and Licht are looking at, what he called, “door number two” but is not counting Winston out right away. Both acknowledge that Winston needs to improve and they hope to see more from the quarterback.

The Bucs are also looking at the high-level 2020 wide receiver draft class. Chris Godwin led the team in receiving yards and touchdowns last season but the Bucs are looking to add to that success as well.