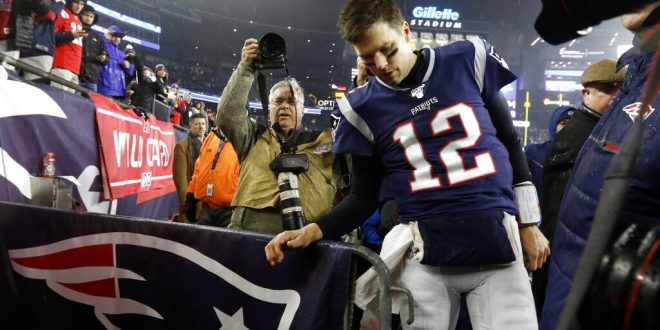 That is the question every NFL fan has right now. The future hall-of-fame quarterback is expected to test free agency next month with multiple teams expected to show an interest. The beloved quarterback has spent his entire career with the Patriots, leading the team to nine Super Bowl appearances and six Super Bowl victories.

Included in those six championships is the 25-point comeback win in 2017 when they were down 28-3 against the Atlanta Falcons.

Tom Brady was drafted in the sixth round (199th pick) of the 2000 NFL draft by the Patriots. Brady has racked up quite a career including an 18-time captain, four-time Super Bowl MVP, three-time NFL MVP and been victorious with 239 game wins, including regular season and playoffs, the most by any NFL player ever. He also owns multiple records in the league including being the all-time leader in Super Bowl pass yards with 2,838. The elite quarterback has also been elected to the Probowl 14 times, including 10 straight.

Other notable stats include:

Brady is set to become a free agent on March 18. Rumors started to swirl about Brady’s departure earlier this year. Two years are still left on his contract, but those will automatically become void on March 17. The free agency will mark the first time in Brady’s career that he will ever be an unrestricted free agent. The Patriots are also not allowed to use the franchise tag on him as a part of his current contract. There are rumors that Brady will be meeting with several teams at the NFL combine. ESPN reporter Jeff Darlington backed up reports of Brady leaving New England with comments of sources saying he would not be returning to the team.

The 2019 season marked one of Brady’s worst statistically since 2013. The 43-year-old QB threw for 4,057 yards, 24 touchdowns, and eight interceptions, while also giving the Patriots their earliest playoff departure in 10 years. Brady was also dealing with an elbow injury in his throwing arm throughout the season.

Brady cannot begin talking with other teams until the NFL’s legal tampering period opens up on March 16.