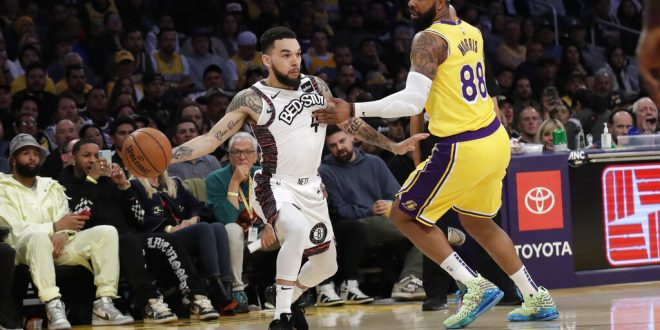 Former Gator Chris Chiozza signed to a two-way contract with the Brooklyn Nets in early January this year. Post signing, he played for Brooklyn’s G League team, the Long Island Nets, until being called up for the February 28 matchup against the Atlanta Hawks.

After being named to the First Team All-SEC in 2018, Chiozza went undrafted in the 2018 NBA draft before being picked up by the Washington Wizards Summer League team. In his senior season with the Gators, he averaged 11.1 points, 6.1 assists and 4.6 rebounds per game.

Chiozza’s debut saw him receive only three minutes of playing time. His first game with meaningful minutes was on March 3, in Boston where he played 20 minutes. In the first half, the Nets had 13 turnovers and went into the second half trailing the Celtics 56-43.

The sharpshooting point guard entered the game in the third quarter and finished the game with eight points, making 2-of-3 3-pointers. He also dished out four assists, grabbed three rebounds and snatched two steals, playing a big role in turning the game around in Brooklyn’s favor. The Nets managed to force overtime and finish with a win over Boston. Former head coach Kenny Atkinson would go on to say after the game that Chiozza “stabilized” the Nets.

“I like to make the game easier for my teammates and get them shots,” said Chiozza. “I feel like, with my speed, I can get a shot off. I’d rather get these guys going first, especially with the way we were playing. We just needed some open shots. I just told him (LeVert) to be ready. When I passed it, he’d shoot it.”

In his three games with meaningful playing time under Kenny Atkinson, Chiozza averaged 21.6 minutes, one of which including a career-high 14 point performance. Since Atkinson’s departure, interim head coach Jacque Vaughn has only played Chiozza for an average of 14 minutes a game.

Chiozza believes that although the team has done a good job with locking in and executing the game plan, they still need to focus in and play with more pace as they have won the past two games by a combined five points.

The next game for the Nets is Thursday against the Golden State Warriors.