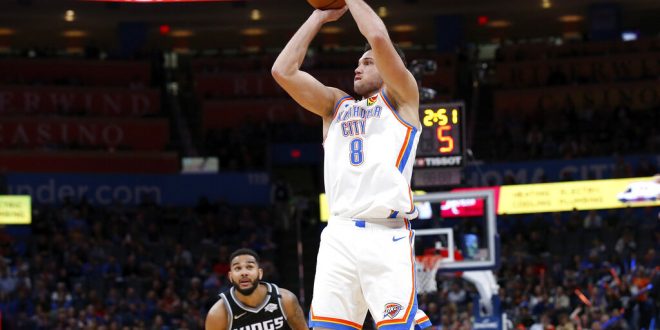 Amidst the NBA’s talk on limiting media and fan access, Oklahoma City’s Danilo Gallinari knows personally how bad the corona virus could get.

The star forward’s family is still living in Italy, one of the countries most heavily affected by the virus. When speaking about how his family’s life has been impacted said, “Life has changed. My mom and her brothers, not being able to see my grandparents is a weird and tough situation for everybody.” Gallinari knows of the struggles from his daily calls with his family. Italy’s government has even issued a nation-wide quarantine.

Professional sports in Italy have also been affected. Italy’s top soccer division, the Serie A, has suspended games until the beginning of April.

Possible actions by the NBA

The NBA has asked teams to prepare to play in empty arenas, but that change has not taken place. If the NBA considers it, Gallinari would be in favor of playing isolated from fans.

With how bad the virus has impacted Italy, Gallinari, an Italian native is doing his best to keep his teammates healthy.

In the Thunder’s previous game, the were giving out autographs and talking to fans. The players are restricted from this kind of contact with fans in their game against the Jazz on Wednesday. Gallinari said about this, “We can’t do autographs, we can’t be in contact with fans and shaking hands and high-fives and pictures. It’s going to be different right now until the situation gets under control.”

Danilo Gallinari on the coronavirus, and the impact it’s had on his family in Italy: “Having that situation in my country … I’m just trying to make sure that all my teammates understand the situation …” pic.twitter.com/MN4GwOicPL

Currently, Danilo Gallinari and the Oklahoma City Thunder are the 5th seed in the western conference. Gallinari is the team’s second leading scorer and an essential part of their playoff push.

Jensen Young is a journalism student at the University of Florida. He works as a sports writer for WRUF.com and is the voice of trendings on Wednesday mornings on the WRUF radio station.
@Jensen_Young9
Previous NBA combating Coronavirus
Next Chris Chiozza shining with Nets