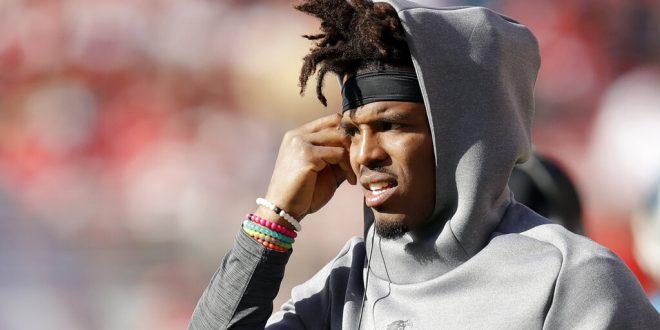 The trading period of this NFL off-season has fans going crazy. Some big names have new destinations, including a couple of quarterbacks most thought would never wear different uniforms.

A new bunch for Brady

The biggest move of NFL free agency occurred just a few days ago when former Patriots QB Tom Brady signed with the Tampa Bay Buccaneers. After a social media goodbye post, the football world anxiously waited for the announcement of where Brady would land next.

His newfound NFC South team shocked most fans around the league and ensured the idea that his football tank still has some left to offer.

Cam on the move

Another big named QB that has an important decision to make is former Panther, Cam Newton. After nine years in Carolina, the organization decided to let go of Newton and move on with rebuilding.

After the breaking news by Adam Schefter, fans and media are left to wonder what’s next for the MVP quarterback. Newton’s injuries impacted his career with Carolina, despite the records made and Super Bowl appearance. But his recovery may have been exactly what he needed to help his offer to a new team.

Cam Newton had a physical in Atlanta yesterday coordinated by the Panthers and his agency team, per sources. Newton passed the physical and is healthy, per source, with both his shoulder and foot “checking out well and he is hungrier than ever and eager for the next opportunity.”

Schefter announced the Ron Rivera to Washington deal at the beginning of the year. Kyle Allen was traded to Washington this past week for draft picks and now joins Rivera again. Now with Newton leaving the team, questions remain on what’s next for the future of Carolina?

Breaking: The Panthers and Teddy Bridgewater are working on the details of a 3-year contract that averages around $20 million per year, a source tells @mortreport.

The deal is expected to be completed by the time the new league year begins Wednesday. pic.twitter.com/yMfcAnDNZe

Teddy Bridgewater finally has another starting quarterback job. Although Carolina might not have much for him to work with instantly, he will have the opportunity to be a leader in the NFL again. The NFC South may not have a runaway leading team with the talent continuing to come.

The Panthers got a good one.

PJ Walker was one of the most exciting XFL players to watch this year. It was no surprise to see him land on an NFL team once the season ended. Walker led the Houston Roughnecks to an undefeated 5-0 season. The only team to do so this year. Bridgewater will have Walker as a backup to build the depth of the roster for Carolina.

Over the past week, Schefter has appeared on several sports shows to relay the trade/free agent information he continues to gather. With all the wild news received these past few days, he gives an opinion on the current situations these quarterbacks are facing: