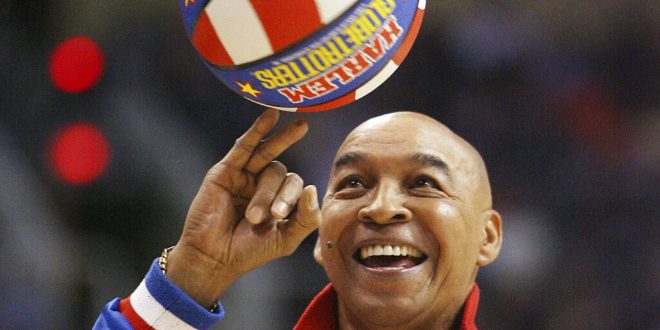 FILE - In this Jan. 9, 2008, file photo, the Harlem Globetrotters' Fred "Curly" Neal performs during a timeout in the second quarter in an NBA basketball game between the Indiana Pacers and the Phoenix Suns in Phoenix. Neal, the dribbling wizard who entertained millions with the Harlem Globetrotters for parts of three decades, has died the Globetrotters announced Thursday, March 26, 2020. He was 77. Neal played for the Globetrotters from 1963-85, appearing in more than 6,000 games in 97 countries for the exhibition team known for its combination of comedy and athleticism. (AP Photo/Ross D. Franklin, File)

Fred ‘Curly’ Neal, a once-great dribbling sensation for the Harlem Globetrotters, died on Thursday morning at his home in Houston at the age of 77. Ironically nicknamed Curly, Neal was a bald but flashy basketball player for the Globetrotters.

To go along with his signature sky balls and half-court shots, Curlys had a famous maneuver that starts with him sliding to the corner as if he’s stealing 2nd base. Neal was like a break-dancer on the court. Spinning around and dodging defenders while still keeping his dribble. Accompanied by the team’s signature song “Sweet Georgia Brown.”

Frederick Neal was born on May 19, 1942, in Greensboro, North Carolina. He attended Johnson C. Smith University in Charlotte from 1959 to 1963. Neal was an All-CIAA guard and averaged 23 points per game his senior. He is a member of the North Carolina Sports Hall of Fame and is also in the CIAA Hall of Fame. With NBA aspirations, Neal tried to land a spot on a professional team. Unsuccessful, he was given the opportunity to become the premier ballhandler for the Harlem Globetrotters. That’s where it all started.

Including his career statistics mentioned earlier, Neal brought more to the world than just his ball-handling skills. He was a joyous person with an illuminating smile. A genuinely fun person to be around. At first, Curly didn’t think he was that funny. But with his on-court skills, he knew what the people wanted and was able to entertain them and put a smile on their faces.

Along with Meadowlark Lemon and Hubert “Geese” Ausbie, they put the Globetrotter on the map. Frequently occurring on ABC’s “Wide World of Sports,” they had a similar buzz as the NBA did at the time.

With only one recorded loss in 1971, Curly’s record is still one to praise. Regardless of the score, Neal cared for the fan’s entertainment and he brought them excitement every game.

Isiah Thomas, a phenomenal ball-handler and NBA Hall of Famer, said Marques Haynes, former Harlem Globetrotter, and his successor Curly, taught him how to dribble. Isiah shows off a similar dribbling style in this video.

The two hosts of “Pardon the Interruption” shared their thoughts about Neal’s passing on their show. Michael Wilbon adds to how Curly touched his life and Isiah Thomases.

Wilbon’s co-host, Tony Kornheiser knows the skill-level that Curly had. He gives his respect to not only Neal but the Globetrotters as well.

A life to remember. Rest in peace Fred ‘Curly’ Neal, thanks for the smiles. 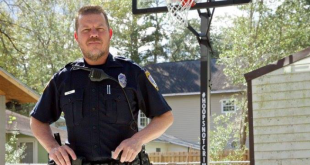