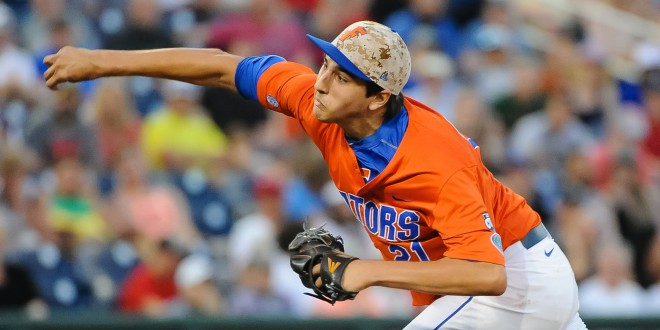 Former Gator Alex Faedo was pitching for the Detroit Tigers in spring training, until the outbreak of COVID-19. He now awaits the announcement of when the season will commence so he can get back on the diamond.

Faedo as a Gator

Faedo played at the University of Florida from 2015 until 2017 when he was drafted No. 18 overall by the Tigers. In his time in the orange and blue, he shattered records and earned countless awards. In his final season, he pitched in 20 games finishing with a record of 9-2 and 2.26 ERA. He also led the nation with 157 strikeouts. That year, the Gators made it all the way to Omaha, where he was named the College World Series Most Outstanding Player.

The Tampa native was eager to finish spring training and find out where he would start the season. He was on track to start in Triple A with the Toledo Mud Hens but the coronavirus has altered those plans.

Despite having to pack up and head home, the 24-year old is still finding ways to maintain his skills. The Tigers gave plenty of players different equipment and workout guides to keep them active during this time.

The right-hander is still uncertain of when the season will start and where he will end up within the farm system. He, like many other players, is waiting for the call to come back to the clay, lace up their cleats and start playing ball.

Playing for the Gators for three consecutive seasons, Alex created memories that will last. Even though McKethan stadium has seen its last of baseball, alumni will always remember their days on that field.

Despite the 2020 Gators having their historic season cut short, there is so much promise for the future. Everyone is looking forward to the next season as well as the reinstatement of all current sports.