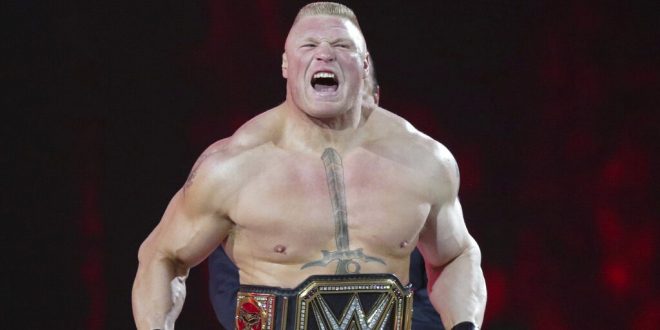 FILE - In this March 29, 2015, file photo, Brock Lesnar makes his entrance at Wrestlemania XXXI in Santa Clara, Calif. While real sports have shut down in the wake of the coronavirus pandemic, WWE has pressed on and is set to run this weekend its first WrestleMania in an empty arena. WWE stood firm that the show must go on and largely moved a card highlighted by stars Brock Lesnar and John Cena to its performance center in Orlando, Florida. (AP Photo/Don Feria, File)

WWE’s WrestleMania 36 will air this weekend on April 4 and 5. It will not have a live audience.

For the first time in WrestleMania history, the event will take place on one day and have no spectators in attendance. Filming was on March 25 and 26 but the event will air this weekend on pay-per-view and on the WWE Network.

The tagline for this year’s WrestleMania is “Too Big for Just One Night.”

#WrestleMania is TOO BIG FOR JUST ONE NIGHT, and this match may end up being too big for @WrestleMania.

The original plan had WrestleMania 36 set to take place only on April 5 and at Raymond James Stadium in Tampa, Florida. It was also going to be live, however, changes were made due to the ongoing coronavirus pandemic.

Roman Reigns is out for his match against Goldberg in the WWE Universal Championship. Reigns is at an elevated risk of catching the coronavirus due to his impaired immune system from prior health issues with leukemia. The WWE went on to accept his request to drop out.

"For all my fans, I'm sorry I didn't get to compete this year and put on a show and entertain. Sometimes, things are more important and I had to make a choice for me and my family” – Reigns on not competing at #WrestleMania. pic.twitter.com/LdlKAsV2AW

Wrestler Rey Mysterio, whose bout is against Andrade, is not on the card due to coronavirus concerns. Dana Brooke was set to participate in the SmackDown Women’s Championship, but due to similar concerns, she was pulled.

Wrestlemania’s battle royals, André the Giant Memorial Battle Royal and WrestleMania Women’s Battle Royal, were canceled in this year’s annual event. The WWE did this in an effort to limit the number of wrestlers in the ring at the same time. 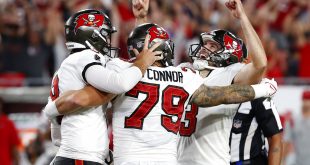 As the Tampa Bay Buccaneers ran out onto the field through two gigantic Lombardi trophies, …