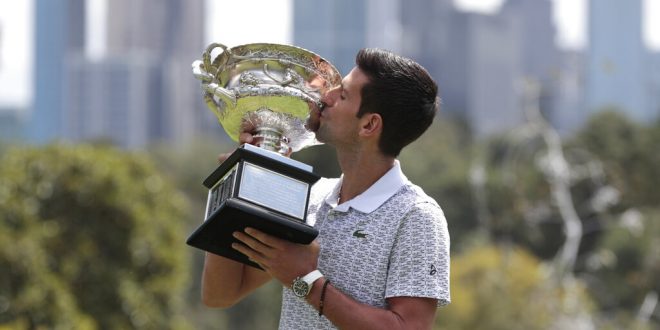 Novak Djokovic, the reigning world No. 1 player, hasn’t forgotten about the little guys. Djokovic, who is also the current Association of Tennis Professionals president, proposed a relief fund for lower ranked players on Friday.

Djokovic outlined a $4 million dollar plan with contributions from the world’s top players to help those who are ranked between 250 and 700. He says these players rely solely on tournament earnings for a living with little support from sponsors.

The ATP suspended play in March due to the COVID-19 pandemic. So, these players cannot make money from tennis right now.

“We have to support them,” Djokovic said in a conversation with fellow tennis star Stan Wawrinka on Saturday. “But also, we have to send a message to the younger generations… to show them that they can live out of tennis.”

Additionally, he stressed the importance of the lower ranked players, calling them the “base” of the sport:

Relief From The Top

The plan from the ATP Player Council, which includes Roger Federer and Rafael Nadal, has players ranked in the top 100 in singles and top 20 in doubles contribute varying amounts of money. Those who are ranked higher give more.

This ⁦@DjokerNole⁩ letter to fellow players with the buy-in from Rafa and Roger is truly remarkable. We will be telling our grandkids about the big 3- and some of the stories may even involve tennis… pic.twitter.com/y7DsdUDsAU

Djokovic believes the ATP and the four Grand Slams will contribute to the relief fund, as well.

Djokovic, Federer and Nadal are the tennis world’s “Big 3,” and they have all been helping with coronavirus efforts outside of the sport.

Federer donated a million Swiss francs to families in his country affected by the outbreak. Similarly, Djokovic donated a million euros to Serbian hospitals. Nadal and fellow Spaniard Pau Gasol launched a campaign to help those in need in Spain.

Now, it seems the three are turning to help the tennis community.

I'm a senior journalism student at Florida. I love sports, and I love covering sports. I'm one of the beat writers for the Gator soccer team right now, and if you follow me on Twitter @johnmiceli13 you'll never miss a soccer update
Previous Hockey Has No Timetable For Return
Next NBA Commissioner Adam Silver Talks About the Return of the League 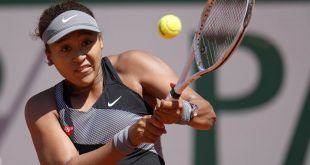