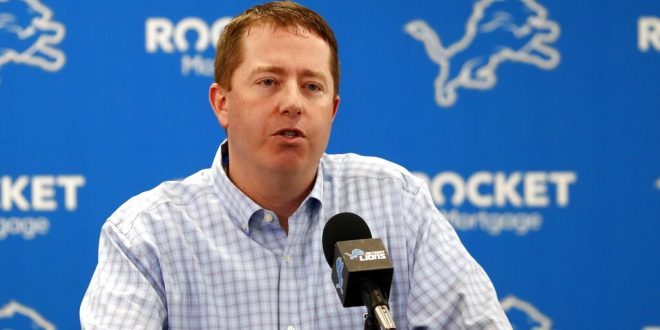 With the 2020 NFL Draft just days away, GM Bob Quinn and the Detroit Lions prepare to secure their upcoming draft pick for the franchise.

The 2020 NFL draft this year will be broadcasted virtually due to COVID-19.

The Lions are looking to fill roster spots on the defensive side making it a key draft for years to come. Sources say the Lions look to draft either cornerback Jeff Okudah out of Ohio State as their main pick or Isaiah Simmons out of Clemson as a back up with their third overall pick.

Quinn called on teams to give him good offers for that 3rd overall pick as he looks to do what is best for his team.

“If I’m going to do something, I think we’ll have a pretty good idea Thursday afternoon of kind of where we stand. I don’t think I’m going to be making a huge decision on trading the No. 3 overall pick while I’m on the clock, while I’m virtually talking to our head coach and our other personnel.”

We're just ✌ days away from #LionsDraft!

Join us for the Virtual Draft Party presented by @MillerLite featuring appearances by @BarrySanders, @chris_spielman, @TJLang70 and more Thursday at 7pm! pic.twitter.com/TXTum6j3Qk

The first round of the draft will begin on Thursday, April 23, at 8 p.m. and end on April 25 tune in to see who the Detriot Lions draft overall.