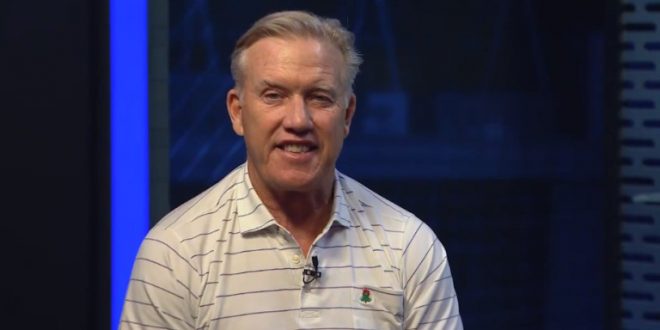 Ahead of the NFL’s first-ever virtual draft, Denver’s President of Football Operations and GM John Elway is feeling confident. Armed with 12 picks (5 in the first three rounds), this draft is a huge opportunity to remake the Broncos. After finishing one win short from a 500 record in 2019, poor decisions are not an option.

Also, Elway believes that there are advantages to the virtual draft. The NFL skipped out on their annual March meetings this year with every head coach and general manager. He believes this eliminated a lot of gossip and unnecessary rumors from circulating.

“If anything, there’s less chatter and it makes things less confusing,” Elway said. ” … There’s always a lot of smokescreens out there this time of year. If anything, it may have eliminated some of those smokescreens.”

What Denver is Missing

The Broncos have a number of needs to fill going into the 2020 draft. Some key aspects they need to focus on are adding protection for Lock, offensive weaponry and depth on the defensive end. The Broncos secured a starting quarterback for their 2020 season in Drew Lock, but he is going to need a running mate.

Elway’s Thought on the Mock Draft

“The draft went smooth, it got off to a little bit of a hiccup when we first started, but other than that it went really smooth,” Elway said. “There were really no problems with it, so we got comfortable with it.”

“It should be fine and go on without a glitch — I’m sure there will be a couple glitches, but for the first time I thought it went pretty well,” he added.

The 2020 NFL Draft is set for Thursday, April 23- Saturday, April 25. A live stream of the draft is available by authenticating with participating TV providers at NFL.com/Watch, ESPN.com/Watch and ABC.go.com.