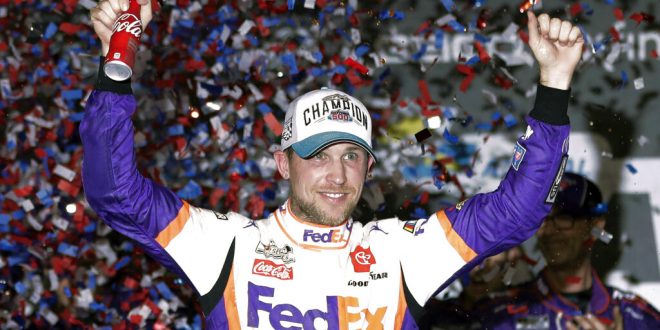 Gentlemen, start your engines. NASCAR is back.

The NASCAR Cup Series heads to Darlington on Sunday, May 17. A nation suffering from a sports shortage gets a desperately-needed pain reliever: a live sport with stock cars zooming at speeds north of 200 miles per hour.

From screen to reality

During the sport’s two-month hiatus, many drivers turned to iRacing to help keep them on their game. Denny Hamlin, driver of the No. 11 Joe Gibbs Toyota won the final online race. His two wins trailed only Alex Bowman, who prevailed three times in the iRacing Series.

Now, drivers face the tough transition from racing simulators to being back on the asphalt. Hamlin knows that this will be a challenge, but hopes his success continues. He won the Daytona 500 before the season paused.

The advantage of NASCAR

While other sports remain in the talking stages of returning, NASCAR beat them to the punch. There’s a clear reason for why it is coming back before other sports, and it’s surprising at first: it’s a non-contact sport.

Although cars bump other cars, the drivers themselves aren’t coming in contact with other drivers. Hamlin commented on the sport’s ironic advantage.

Races are right around the corner, but not in the same capacity. First of all, there are three races that are being moved: Chicagoland, Richmond and Sonoma.

Instead, there will be seven races held over a span of 11 days. Three of these will be the Cup Series races that were moved. The first two will be held at Darlington and the third is in Charlotte.

A large observable change is the lack of fans in attendance. Despite the absence of a crowd, Hamlin is excited to race knowing there are real playoff implications.

Hamlin and other drivers are ready for action with the sport’s restructured appearance. Driver, crew and fan safety appears to be the main focus of officials.

“I think NASCAR’s got a great plan in place for us to be safe this weekend and continue to entertain millions of fans that have been itching for us to get back on the track for two months now,” Hamlin said.