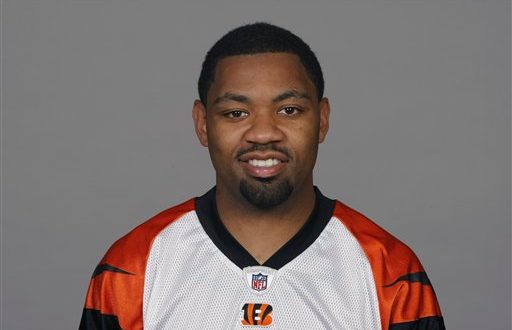 Keiwan Ratliff is a former Gator defensive back who played during the Steve Spurrier and Ron Zook era. He came back to his alma mater to work under Florida head coach Dan Mullen. Mullen announced the addition of Ratliff as an Assistant Director of Player Personnel back in January of 2019.

Much like many athletes, Ratliff never saw himself pursuing another career other than football.

But after reality hit and his body stopped performing at a high intensity, he knew it was time to move on.

“Mentally it’s always going to be hard…But physically, when your body says no, it’s time to give it up.”

Ratliff recognized that he had successfully achieved his dreams of playing in the NFL but it was now time to explore his next moves. Despite never seeing himself as a coach, that was the one position that made sense to him.

His desire to know as much as he could about the game and his passion for helping young minds all led to where he is now. Add that to his experience as a Florida star who then later transitioned to the NFL and you got the perfect man for the job.

His Career with the Gators

Ratliff joined the football staff for the 2019 season after earning his degree from the University of Florida. He came back to school to finish his degree after leaving for the NFL in 2004 without one.

He says that getting that position was a success of “things happening at the right time”. Mullen was entering his second year as a Florida head coach when Ratliff finished his degree. Former teammate Vernell Brown was part of the Mullen staff. Brown and Ratliff had played together at Florida for a few years and after Ratliff finished his degree, Brown was quick to put in a good word for Ratliff.

Most athletes thrive for perfection as they work towards their ultimate goal: playing in the pros.

But to get to that level, there are steps most need to follow. One of these steps is going through college and with that comes one of student-athletes’ biggest struggle, balancing school and their sport.

This struggle can be increased when athletes attend academically-challenging schools. The University of Florida is one of the best public schools in the nation with academic programs that challenge students. But having someone who is proof success of being a student-athlete at UF like Ratliff in your coaching staff provides guidance for the young athlete.

Ratliff hopes to use his experience and knowledge to help these student-athletes in their journey.

Mullen has been a head coach for the Florida Gators for two years and has quickly brought back the Gator Standard. Both of his seasons featured double-digit winning records with two New Year’s Bowl Games appearances — and victories.

Ratliff expresses that his experience with Mullen has been nothing but great. He admires how Mullen has had an impact on both in and out of the field. Out of the field, the team presented the highest team GPA on the Spring 2020 semester, and graduation rates have gone up.

“I love what he is doing for the Gator community and the Gator family. He’s a coach that I would love to play for… he’s a players’ coach.”

Ratliff joined the Gators in 2000 and played two years under Steve Spurrier. After Spurrier left to explore coaching options in the NFL, the coaching baton was passed to Ron Zook.

During his four seasons, he set the school record for punt return yards with 860, a single game interceptions record with three and most interceptions in a season with nine.

During his senior season, Ratliff was named the SEC Defensive Player of the Year by Sporting News and was picked as the Gator’s MVP by his teammates. Ten years later, he was inducted as a Gator Great into the University of Florida Athletic Hall of Fame.

Ratliff was drafted in the second round of the 2004 NFL draft by the Cincinnati Bengals. He played with the team for three seasons and part of a fourth before being released by the team. He was part of the 2005 team that secured the team’s first winning season in 15 years. They also secured the AFC North Division Championship.

After that, he was on and off part of other teams like the Pittsburgh Steelers and the Indiana Colts. He even re-signed with Cincinnati Bengals on two more occasions.

One thing that most biographies record is his time with the Tampa Bay Buccaneers. He says that while his biographies list the Buccaneers as one of his teams, he only considers himself to have played with the Steelers, Colts and the Bengals.

“I didn’t get a chance to even show anything. So then I got picked up in Indianapolis and that worked out to to be a better situation for me anyways. I look at it as I played for the Bengals, the Colts and the Steelers.”

Camila is a senior at the University of Florida, who served as a beat writer for the women's basketball team from 2019 until the 2021 season. She was also a beat writer for the Gators football team during the 2020 season. Camila is also WUFT's news director as well as a sports reporter/anchor.
@CamilaMaffuz
Previous Florida Football Great Kevin Carter Talks College, NFL Career
Next Dolphins reveal potential stadium plan