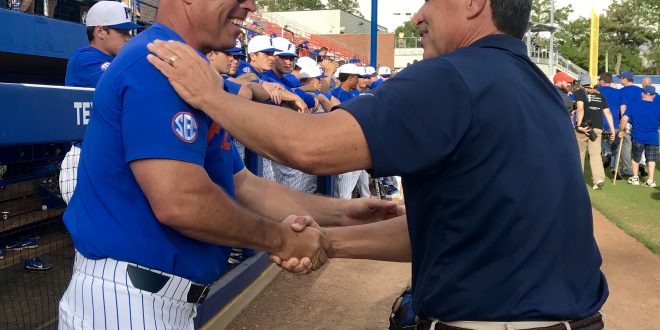 Florida’s beloved McKethan stadium is getting a whole new makeover. The new stadium will house the Gator baseball team starting the 2021 season.  While fans and players are excited about the new facility, many former players and coaches look back on McKethan stadium with plenty of fond moments. Steve Russell caught up with former Gator coach Andy Lopez on Sportscene, where the coaching legend reminisced on his time at UF.

Lopez was coaching at Pepperdine when he got the call to go out east. Funny enough, it took him several glances before locating Gainesville on a map. He and his wife had no desire to leave their family and move all the way across the country.

“I didn’t know where Gainesville was, I was an LA kid all my life,” – the California native

But after seeing the facilities and all the promise Florida had, he knew that Gainesville was where he needed to be. He spent eight seasons donning the orange and blue. In 2002, Andy went back to the west coach to ASU. Ultimately, he coached for 33 years before retiring.

The 1998 Gators were something special. They were the first team in school history to earn the number one seed at the College World Series. The had a 46-18 record and were both the SEC Champions as well as South 1 Regional Champions. In the end, they lost to Southern California, but those Gators became legendary.

“By far the most talented team I ever coached,” – the 66 year old College Baseball Hall of Fame Coach

Nothing but good memories

Despite not winning the 1998 CWS Championship, Lopez looks back on his time at Florida with nothing but good memories.

Since retiring there is a part of him that does miss the game. He may not miss the recruiting process, but the little moments stay with him, like waiting out rain delays in the dugout with the guys.