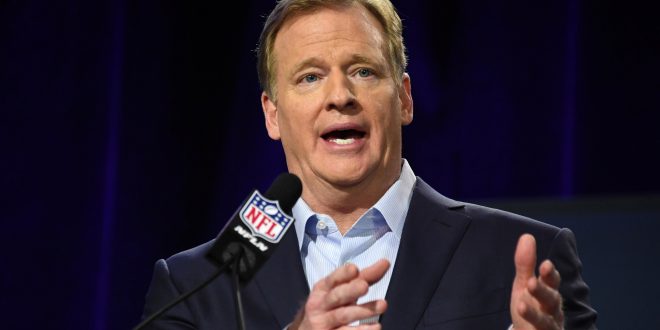 The NFL tweeted a video of Roger Goodell speaking about Black Lives Matter on Friday. In the video, Goodell explains that the NFL was wrong to not listen to players earlier. He said in the statement that the NFL will now encourage peaceful protests.

We, the NFL, condemn racism and the systematic oppression of Black People. We, the NFL, admit we were wrong for not listening to NFL players earlier and encourage all to speak out and peacefully protest. We, the NFL, believe Black Lives Matter. #InspireChange pic.twitter.com/ENWQP8A0sv

NFL players reaction to the statement

After the NFL made a statement on Friday, several NFL players responded. Demario Davis, New Orleans Saints linebacker, said admitting when you’re wrong and correcting your mistake is a big part of leadership.

ESPN’s Dominique Foxworth spoke about what he thinks Roger Goodell should do to address systemic racism in the NFL.

Also, Foxworth talked about how the statement made by Goodell is nice, but it’s not going to matter until the NFL actually makes change.

ESPN NFL insider Louis Riddick said that black quarterbacks can have a lot of influence on this subject. He wants them to be the ones to get the owners to listen.

Will there be protesting this season?

Players kneeling during the national anthem is being discussed again. Running back Adrian Peterson said he will be kneeling this season, and he expects several teammates to join.

As stated earlier, Roger Goodell is now on board with peaceful protests from players.

Dan Graziano said he also expects players to kneel and he discussed how the will league handle it this time.

All sounds comes courtesy of abcnewscall.com.

@AnschultzChase
Previous SEC mourns the loss of Johnny Majors
Next Will there be baseball this year?