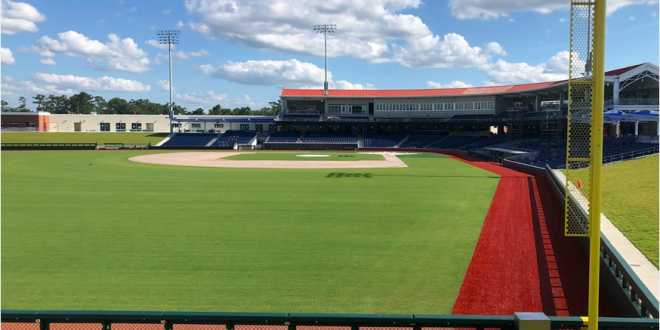 New Baseball Stadium Will Carry the Alfred A. McKethan Name On

The Florida Gators had their last season opening game at the Alfred A. McKethan Stadium when they faced Marshall back in February. With a promising season, players and fans were getting ready for one last season at the stadium.

But the coronavirus pandemic prohibited them from saying goodbye to the old Mac. On Monday, fans got the news that they did not have to say goodbye, or at least, not entirely.

This is not only good news for fans of the old Mac, but also for McKethan’s family. On February 14th, five of the late McKethan’s grandchildren were on hand to throw out the ceremonial first pitch on what was the last season opener at the stadium.

With a shortened season, that also became the last game some of his family members attended. Robert A. Buckner, one of McKethan’s grandchildren said that although it was the final event, it was a special one.

“He had a special admiration of baseball in general, and especially of Gator baseball.” said Buckner about his late grandfather.

The new stadium will be ready at the end of the month. The demolition of the old stadium is scheduled to start on July.

McKethan graduated from the University of Florida in 1931 and became a financial supporter of both academics and athletics for the university.

He was a big fan of the Gators baseball supported and even brought his family to as many games as possible. Another one of McKethan’s grandchildren, Jimmy Kimbrough, is happy that his grandfather’s name will continue on the new field. He remembered how grateful his grandfather was of the impact the University of Florida had in his life.

“He was a visionary and truly embraced progress, thus our entire family greatly valued an opportunity to participate in this exciting project to further support Gator baseball, and is extremely pleased UF has decided Alfred McKethan’s commitment to his alma mater and Gator Baseball will not be forgotten.”

McKethan’s business relationship with Florida started in 1987 when a $2.4 modernized venue replaced the old bleachers at Perry Field. This new stadium opened in 1988 and received the name of Alfred A. McKethan Stadium after his financial contributions and fundraising efforts.

This stadium holds many memories as it saw many Gator teams host Regionals and Super Regionals. It was also the home of the 2017 National Champions. That was the first and only team so far to claim the title.

University of Florida’s athletic director Scott Stricklin agrees that the Alfred A. McKethan name has now become a synonym of Gator baseball.

“The McKethan family name has been synonymous with Gator baseball for decades, and it is only fitting that the name will continue to have a presence at our new ballpark,” Stricklin said. “We are very appreciative of their longtime generosity and support of the program, and we look forward to the next chapter of Gator baseball.”

Camila is a senior at the University of Florida, who served as a beat writer for the women's basketball team from 2019 until the 2021 season. She was also a beat writer for the Gators football team during the 2020 season. Camila is also WUFT's news director as well as a sports reporter/anchor.
@CamilaMaffuz
Previous Gators in the MLB Draft
Next NASCAR Bans Confederate Flag 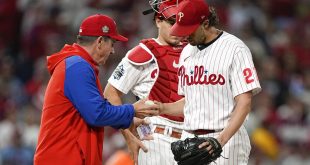