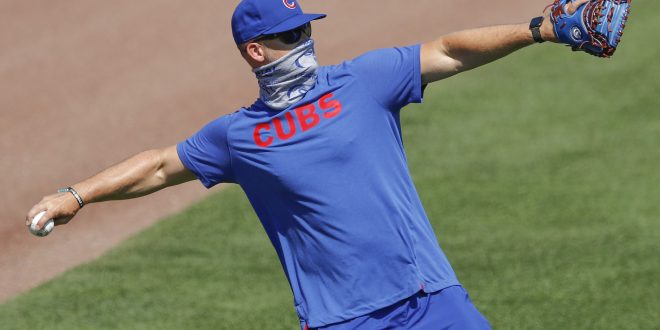 On Oct. 21, 2019, David Ross signed a three-year contract for the Chicago Cubs to replace Joe Maddon as their manager.

We are scheduled to begin the 2021 campaign at home for the second year in a row.

Ross began his journey with the Cubs with some Gainesville history. Ross transferred to the University of Florida in 1997 where he played Gator baseball until his Junior year. He was drafted by the Los Angeles Dodgers and decided to forgo his senior season.

In October, Ross had no insight into the obstacles he would face in his first season. The coronavirus greatly impacted MLB and almost canceled the season altogether. Now that the dust has settled, Ross is preparing for the upcoming 60-game season and the safety protocols it entails.

“I’ve been following protocols and taking things day by day,” Ross said. “There’s not too much planning ahead right now with the daily process. There’s something that comes up every day that you have to make adjustments for. I have a great coaching staff that’s helped me in my first year and take care of all these little details.”

Cubs players have their temperature taken several times a day. Ross said that masks inside the clubhouse are mandatory and that they do their best to get in and out. Overall, Ross is happy with how his players have handled the whole process.

“I think we’re moving in the right direction,” he said. “Its been fun, and we can’t wait to get started.”

Ross and his Cubs have hit the ground running in preparation for the season.

“We got to get going now,” Ross said. “There is not a whole lot of time to wait for guys to figure things out. It’s a sprint. Every detail matters. Defense matters. Pitching execution matters. I’m excited and our guys are excited and ready for the challenge. We’re looking forward to this short sprint of a season.”

Parker Welch is a Junior at the University of Florida majoring in Sports Media at the College of Journalism & Communications.
@parkerrwelch
Previous Urban Meyer Breaks Down the Unknown
Next Chipper Jones Weighs in on Upcoming MLB season