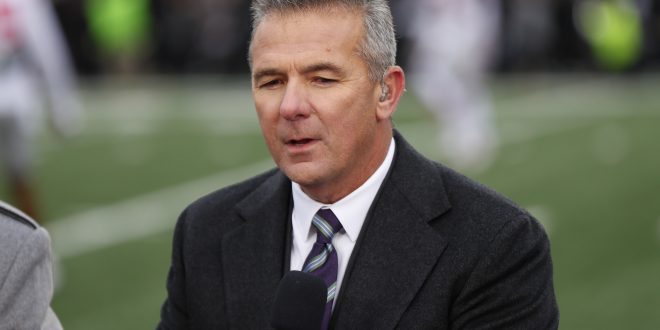 Urban Meyer Breaks Down the Unknown

Former Gator head coach Urban Meyer joined Steve Russell on the Sportscene on Friday. Meyer discussed how players and coaches should handle the uncertain season ahead.

Preparing For the Unknown

There is no official announcement on the overall status of the college football season. However, conferences seem to be basing decisions on their own timetables and communities. According to Meyer, the Power 5 conferences do not necessarily need to work in unison.

“I think what the SEC does is going to be in the best interest of the SEC. I think that is their obligation. Same with the Big Ten and the Pac-12. Some communities have been wiped out while others are untouched. Each situation is unique,” Meyer said.

In preparation for a season with an unknown timetable, coaches and players will need to be very adaptable to any situation. Meyer explained that teams with the strongest leadership and culture will prevail.

“Anytime adversity hits, leadership and culture are the most powerful parts of the team. A lot of these players are going to be asked to do things on their own and be very disciplined. Not just about training and working out, and eating right, but social distancing and doing what people are advising you to do. To say that is easy for a 17- to 22-year-old–are you kidding me?” said Meyer.

Meyer also explained that coaches should do their best to keep opinions and statements to themselves.

“Their obligation is to just have a team ready when experts say,” he said.

One proposed concept is to have a spring football season. Urban Meyer said moving the season to spring would only bring new issues.

“I don’t believe there will be spring football. I don’t see how you can have an athlete play two seasons in one calendar year. I can’t imagine having an athlete play a 10- or 12- game season and maybe playoffs, but then only get a couple of months off before we go again. So when you consider health, safety and welfare of the student-athlete, I just can’t wrap my arms around that idea,” he said.

A spring season could potentially last until May. Players would then have to report back to camp in August. This leaves hardly any time to recover from injuries and for the body to rest. Fox college football analyst Joel Klatt proposed the idea of a ten-game season with a bye week in between each game. Meyer believes this is a reasonable idea.

“If you do have someone test positive, there is time for that person to quarantine and get healthy.”

Parker Welch is a Senior at the University of Florida majoring in Sports Media at the College of Journalism & Communications.
@parkerrwelch
Previous NFL Players express safety concern as training camp nears
Next Ross Ready For First Season As Cubs Manager