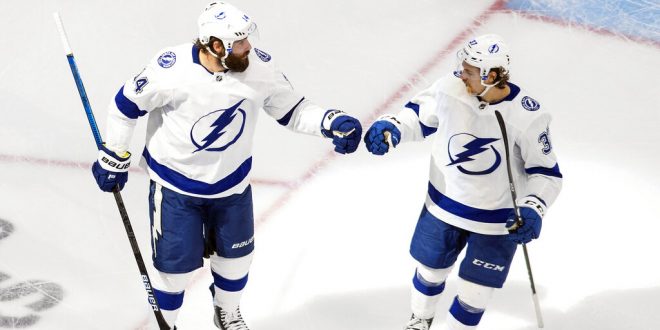 2020: A phrase that when said forces your mind to run in a million different directions.

Just a few short months ago fans sat at home impatiently waiting for the restart of sports. Weekday’s would drag out as the only glimpse of hope came on Saturday evening when the UFC would hold a fight card. While thousands of people anxiously awaited the time when it was safe to visit friends and family, many more awaited the time when they could come home from a long day at work, and watch their favorite sports team play. It is now approaching the end of September, where sports options are no longer limited, you no longer have to sit impatiently waiting for the restart of sports.

The start of the college football season, the conference finals of the NBA playoffs, the French Open Tennis Championships, the start of the new PGA Tour season, the end of the MLB regular season, UFC 253 Israel Adesanya (19-0) vs. Paulo Costa (13-0) and the WNBA Playoffs are just some of the televised sports programs to watch in the next few days. However tonight there is one game that stands out, one game that could be a huge advantage in crowning a world champion. Tonight, the Tampa Bay Lightning take on the Dallas Stars in Game 3 of the Stanley Cup Finals.

The Dallas Stars are coming off a tough game 2 loss in which they outscored the Lightning 2-0 in the final two periods. The Stars gave up three unanswered goals in the first period of Game 2, which turned out to be a deficit too large to overcome. All-Star Center Tyler Seguin has not had a point in the series so far which has led to much criticism throughout the league.

Dallas Stars Head Coach Rick Bowness addressed the media in regards to Seguin’s play not being the only play that needs to improve.

The Tampa Bay Lightning are coming off a game 2 win that was anything but pretty. The Lightning didn’t score a goal in either of the final two periods, nearly letting their 3-0 first period advantage slip away in a grueling 3-2 victory. Faceoff wins have proven to be especially important in this series as each of the respective winners in game 1 and game 2 had a slim advantage in faceoff’s won.

Tampa Bay Lightning Head Coach Jon Cooper addressed the media speaking about faceoff wins being key throughout the rest of the series.

Two great teams, only one Stanley Cup Trophy. Who will win game 3 and take a 2-1 lead in the series? For live televised game 3 coverage, tune in to NBCSN at 8:00 p.m. ET.

Jason Myers is a dedicated sports journalist that covers the entire world of sports. Myers currently studies Journalism at the University of Florida, and will be graduating this upcoming May, 2021.
Previous Bulls Name Billy Donovan New Head Coach
Next Marco Wilson Looks Toward Season