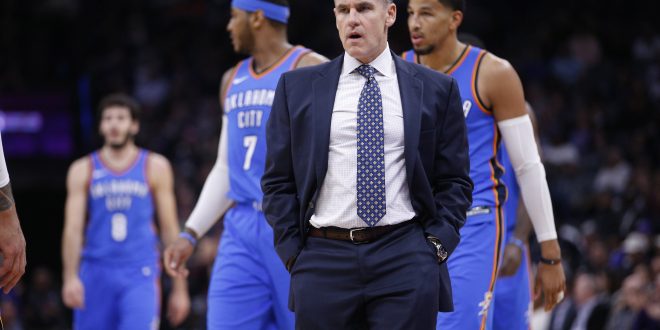 The franchise has missed the postseason for the fourth time in five years. Chicago is hopeful and confident in Donovan’s abilities to lead the team in a new direction.

Donovan, 55, was 243-157 as head coach of the Oklahoma City Thunder. Donovan agreed to a five-year deal with the Thunder in 2015. The team made five straight trips to the playoffs in the Western Conference but advanced past the first round just once.

Prior to arriving in Oklahoma City, Donovan led the University of Florida’s basketball program to two national championships. Back in 1996, Donovan was hired as head coach by Florida Athletic Director Jeremy Foley.

Donovan led Florida’s basketball program for 19 years before moving on to coach at the professional level.

He is known for making Florida basketball winners.

The Gators held the No. 1 ranking in the nation in five different seasons under Donovan, including starting and finishing the 2006-07 season in that spot. The team was back-to-back National Champions in 2006 and 2007. Donovan was named SEC Coach of the Year in 2011, 2013 and 2014.

Donovan’s Future with the Bulls

After a successful season in OKC, some are wondering why Donovan would take over a team that went 22-43 this season. The Bulls’ record does not reflect their talent, and Donovan knows this. Chicago is led by led by Zach LaVine, who averaged 25.5 points this season, and Lauri Markkanen.

Under Boylen, the Bulls finished the season with the second-worst offense in the league. Yet, Chicago had the second-best shot profile. The Bulls did have the ninth-best defense. Clearly, the team’s aggressive style of play did not pan out under Boylen.

There is hope in Chicago for success under Donovan.