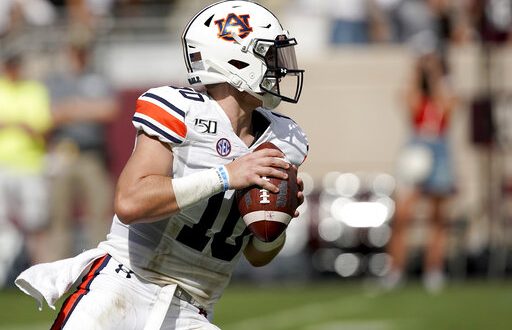 SEC football finally kicks off this weekend. The No. 8 Auburn Tigers will open up their season hosting the No. 23 ranked Kentucky Wildcats on Saturday.

This will be the first time since 2015 that these teams meet.

Coach Malzahn & the No. 8 Auburn Tigers

Coach Gus Malzahn says he along with his Auburn Tigers are excited to get back on the field and play this good Kentucky team.

Coach Malzahn says Kentucky is one of the best rushing teams in college football, especially after the last season they had. Also, Kentucky has most of its team returning on both offense and defense.

Meanwhile, there are a lot of new faces on the Tigers roster this year. Auburn has a total of 13 new starters joining the roster for the 2020 season.

Auburn has more players on its roster then it usually does. Because of COVID and having great quality depth, the Tigers have three deep at defensive positions.

Coach Malzahn notes that one position Auburn changed was Jeremiah Write from offensive line to defensive line, in order to give the team more depth. Auburn made this position change because coaches feel Write will help out more on defense as he played defensive line in high school.

Quarterback Bo Nix for the Auburn Tigers returns for his sophomore year and looks to be a threat against the Wildcats. Nix finished the 2019 season with 2,542 yards, 16 touchdowns, and 6 interceptions.

So far, the Tigers have two players that will be out for game one because of injuries: O.C. Brothers and Romello Height. Both of these athletes had shoulder procedures during the off-season and are recovering. Coach Malzahn is hoping to have them back before the end of the season.

Malzahn believes this matchup will be a challenging first game for his Tigers.

Coach Mark Stoops says the extra weeks of preparation have benefited his Kentucky Wildcats getting ready for the season opener. Stoops says the team has made the most of the extended pre-season time to get their quarterback game-ready after and healthy after suffering an injury in the off-season.

Stoops comments that after watching other college teams play in the season so far, he has specifically practiced certain things with his team in the off-season.

The Wildcat’s coach has built a tough football program that all Kentucky fans can be proud of, and this year should be the ultimate testament to that. The Cats are absolutely loaded, and some argue they have the best overall roster they have ever assembled.

Stoops says he admires Coach Malzahn and knows that this game will be competitive.

Kick-off is set for Saturday, September 26 at noon on the SEC network. 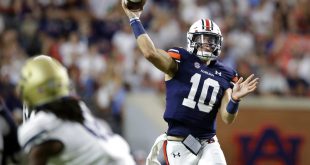 The Auburn Tigers will host in-state foe Alabama State at noon Saturday. Both teams are …