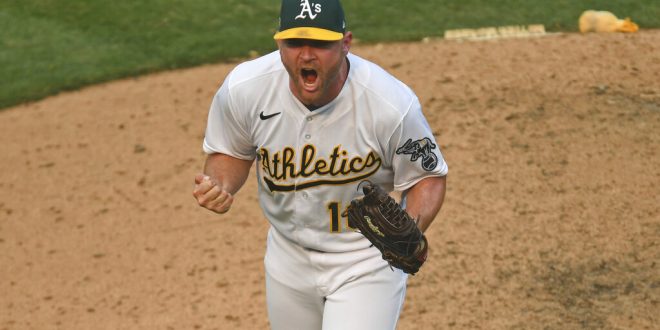 A’s take on Astros in Game 1 of ALDS

In the crazy year that 2020 has been, the ALDS is still starting and will have the Oakland A’s and the Houston Astros meeting for their 4th series in this shortened season.

How did the A’s get here?

With a quick look into statistics, the A’s got to this point because of their pitching. The A’s had a top-five team ERA in the regular season with a 3.77.

The A’s also have a solid ace in Chris Bassitt, who had a 2.29 ERA in the regular season, and a good bullpen with four relief pitchers having an ERA below 2.00, each pitching for more than 20 innings. One of the relievers, Jake Diekman, had an ERA of 0.42 and 31 strikeouts over 21.1 innings.

How did the Astros get here?

The Astros did not have as great of pitching as the A’s, ranking 13th in the MLB for team ERA. Where the Astros made up for that was in their fielding. The Astros were the best fielding team with an MLB leading 0.991 fielding percentage and just 20 errors over their 60 games.

The Astros have seven players on their roster that were a part of their 2017 World Series team. Six of the seven players are in the Astros fielding lineup and only one pitcher is from that 2017 team.

Both teams, however, did not make the playoffs because of their batting. Both the Astros and the A’s were bottom ten teams in batting average. They were also middle of the road teams in runs with just five runs separating the two teams.

The Astros and A’s have already played 12 times this season. The A’s first baseman, Matt Olson, said that is helpful because “playing the Astros as many times as we have this year, it helps to know what a guy has and what he likes to do to you.” He also said that by playing a team many times “you can reference previous at-bats and gameplan better.”

The Astros third baseman, Alex Bregman, said the key to winning tonight’s game will be “swinging at strikes, being selectively aggressive.”

Jensen Young is a journalism student at the University of Florida. He works as a sports writer for WRUF.com and is the voice of trendings on Wednesday mornings on the WRUF radio station.
@Jensen_Young9
Previous Joe Burrow get first NFL win in Cincinnati victory over Jacksonville
Next Chiefs take on Patriots for Monday Night Football