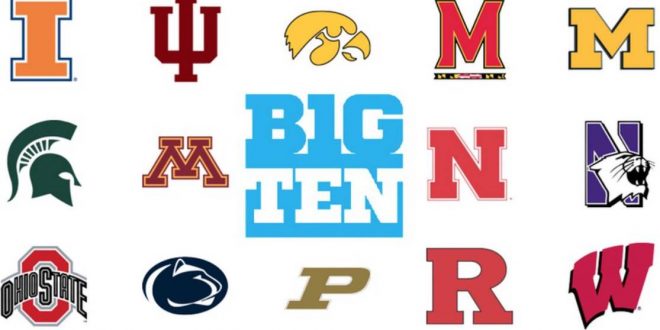 The Big Ten conference is here. The well-awaited conference kicks off its first game this weekend with numerous games on its schedule. Prior to this decision, the Big Ten wasn’t going to grant players college football this fall, due to COVID-19.

The Big Ten kicks off its first game Friday, as the 14th-ranked Wisconsin Badgers host the Illinois Fighting Illini. Although the conference has kicked off, their regulations will be strict on its gameplay throughout the season depending on how many positive COVID-19 testz programs report.

The conference will hold an eight-week football schedule. At any time during the season, teams that report positive COVID-19 cases and can’t play their scheduled games, the matchup will be considered a “no contest,” or essentially canceled.

The winner of the conference will be based upon the winning percentage. Teams with tied records who stand in the first place position in the conference will play against each other during championship week which will take place the week of Dec. 19th.

The Ohio State Buckeyes come into this conference ranked fifth, landing them highest ranked in the AP poles for the Big Ten. Following behind them is Penn State ranked eighth facing off against Indiana this weekend.

Ohio State enters the season with hopes and spirits of returning to the college football playoffs this year. The Buckeyes fell short to Clemson Tigers 27-23 last year in the 2019 playoff. Ohio State, who is lead by quarterback Justin Fields, enters their season one of the top contenders who are more than likely to advance to the College Football Playoff.

Michigan enters the Big Ten season ranked 18th in the AP Poll. The Wolverines are on the road matching up against a 21st-ranked Minnesota team this Saturday.