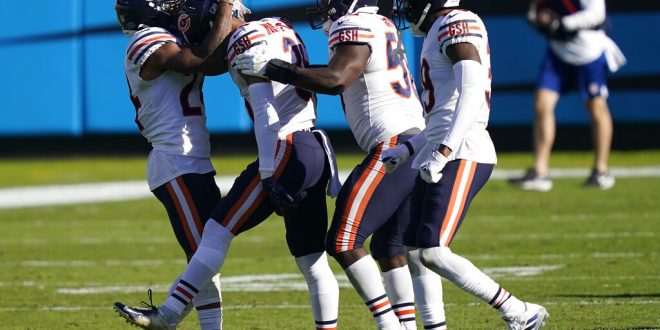 The Chicago Bears look to keep a two-game win streak alive as they take on the Los Angeles Rams in Monday Night Football.

These two teams are no strangers. They’ve met frequently since the Bears’ founding in 1920. Currently, the Bears own the series with a 54-37-3 record, according to Bears Wire. Their 2020 matchup marks the third straight season that the two teams have met in prime time. Though the Bears have won six of their last eight meetings, the Rams took home the victory last year, winning 17-7.

Breaking It Down: Bears v. Rams

The Bears come into the game at (5-1) on the season. Through six matchups they’ve averaged 21.3 points per game.

They’ve had two different quarterbacks at the helm. Nick Foles took over for Mitchell Trubisky during the Bears’ Week 3 matchup against the Atlanta Falcons. Since then, he’s thrown for 878 yards, four touchdowns and six interceptions.

The Bears’ defense has been nothing less than stellar throughout the course of this season. According to Bears Wire, Chicago’s allowed the fewest touchdowns in the NFL. On average, the unit allows 19.3 points per game.

None of that is happenstance. Head coach Matt Nagy said the team has put an emphasis on red zone and third down defense.

Historically, Rams quarterback Jared Goff has struggled against the Bears. Rams Wire reports that Chicago is the only team Goff has played against multiple times without throwing for a touchdown, and he’s only completed 50 percent of his passes in two matchups against the team. He’ll need to break his slump tonight if he hopes to lead Los Angeles to victory.

The matchup between the Bears and the Rams will be televised on ESPN. Kickoff is scheduled for 8:15 PM.

You can tune into live coverage of tonight’s match-up right here beginning at 7:30 p.m.

Previous All Around the SEC: Week 8
Next Nick Anderson: The Long Road to the World Series