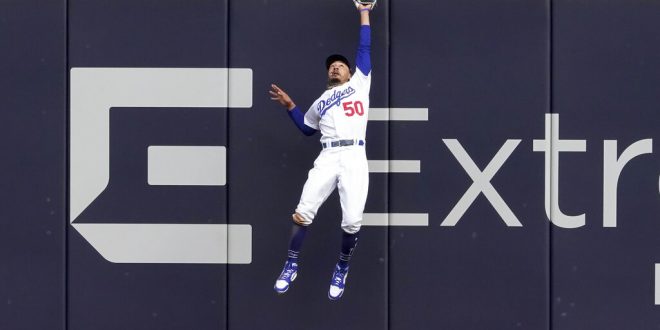 The MLB announced the winners of the 2020 Golden Glove award. The Golden Glove is given to one player from each position for superior play in the field.

Typically, players, managers and coaches vote on the award as part of the process, but because of the shortened, regional schedule, they did not vote. The awards were decided on based off of a combination of defensive metrics called the SABR Defensive Index.

The American League was headlined by Alex Gordon. The Kansas City left fielder won his fourth straight Golden Glove and eighth of his career. Gordon announced his retirement in September, becoming the sixth player in MLB history to win the award in his final season.

Here is a full list of the winners from the AL:

Rizzo said the award “feels good” to win, and he will not take it for granted.

Here is a full list of winners from the NL:
C: Tucker Barnhart, Reds

The rest of the MLB awards, including MVP, will be handed out live on MLB Network starting on Nov. 9 and ending on Nov. 12.